Note:  The Jets are on their Player & All-Star break right now.  In case you missed it coach Paul Maurice spoke to Jim Rome the other day which runs about 12 minutes  Listen here.

Note II:  The Moose are in Michigan as they kick off a six-game road trip tonight against the Griffins in Grand Rapids.  Manitoba is on a hot streak having gone 7-2-0-1 in their last ten games which includes a run of 6-0-0-1 but they will be tested against the top team in the Central Division.  The last time these two teams faced off were just before the Moose went on this run (Grand Rapids swept the weekend series in Winnipeg winning 4-1 and 3-1 against a banged up Manitoba team).  Puck drop is at 6 pm.

Winnipeg Sun:  Jets coach Paul Maurice sings Winnipeg’s praises to big audience on Jim Rome Show.  In case you cannot listen to the interview which is linked in the above Note then Ted has brought it to life here.

Winnipeg Sun:  ‘Just because Laine scored 44 goals at 19, he’s not scoring 88 at 20’ says Maurice.  More from the interview with the Jets coach on the Jim Rome Show. 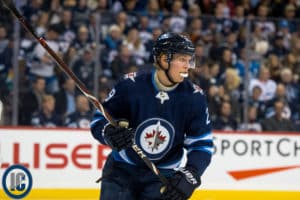 Winnipeg Free Press:  Moose red-hot since holidays, but first-half record leaves no room for error.  (Paywall).  The beauty (and chaos) of a league like the AHL is that you can be ice-cold one section of time but then catch fire and make a decent run.  And because all teams are constantly in flux it gives you the opportunity to make some things happen.  Last season the Moose were the best AHL squad (only the Marlies were close) up to December but that all changed when they lost some key pieces.  Can the reverse happen this year?  We shall see.

TSN 1290 Winnipeg: Moose are playing a team game. Eric Comrie joined Rick Ralph on the Afternoon Ride Hotline. They talk about how the team has been able to find success recently, Star Wars Day, getting the AHL Player of the Week honors and a little bit of NFL playoffs.