Note:  The Jets were off on Monday as they continue to get acclimatized back to their North American internal clocks.  While the players may have been off yesterday there was still plenty of news including the Department of Player Safety announcing Brendan Lemieux was suspended for two games for his high hit on Friday in Helsinki to close out the Global Series.  Today the Jets are scheduled to hit the ice at 11 AM out at the IcePlex.

Note II:  The Moose continue to prepare to face the Grand Rapids Griffins in a pair of games starting on Thursday to close out the four-game home stand although they have cancelled today’s previously scheduled practice.  They will be back on the ice tomorrow at the IcePlex.

Winnipeg Sun:  Jets Snapshots.  Ted looks at a number of Jets topics including: 1) Lowry and Tanev adjusting to life with a different kind of linemate in Laine. 2) High-flying Avalanche will be big test for Jets coming off Finland trip. 3) Jets power play just keeps on clicking. 4) Lemieux. 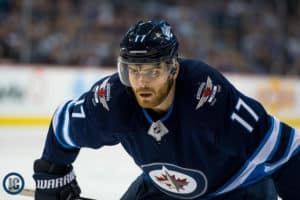 Winnipeg Free Press: Lemieux’s lapse into lunacy could come at harsh price. (Paywall). Mike shares his thoughts on the actions that saw Lemieux take the step over the line and looks at the potential ramifications.

Winnipeg Free Press:  Scribe recounts tales of memorable journey to friendly Finland.  (Paywall).  Jason had quite the trip to Finland to take in the Global Series.  He recounts it for you here.

Sportsnet:  NHL had easy, obvious decision with Lemieux suspension.  With Brendan Lemieux getting a two-game suspension for a hit to the head on Vincent Trocheck, Colby Armstrong explains that it was an easy decision for the league.

Illegal Curve: Jets reassigned Mikhail Berdin to the Icemen of the ECHL. With Eric Comrie returned to the Moose the organization clearly wants Berdin playing a lot which is exactly what will happen now that he is heading back to Florida.