Note:  Reminder that we are back in business with the Illegal Curve Hockey Show on TSN 1290 Winnipeg this Saturday as we switch to a two-hour show in July.  With the World Cup ongoing however we will be on a little later than normal so tune in at 11 am until 1 pm for the latest Jets and NHL talk.

Note II:  Breaking news this morning is the Jets have signed goalie Connor Hellebuyck to a six-year deal.  He is set to address the media this morning with Jets GM Kevin Cheveldayoff speaking later this afternoon.

Winnipeg Free Press: Scheifele learning long-term object in mirror is further away from NHL elite than it appeared. (Paywall).  No doubt that this contract could end up looking like the best bargain in the NHL and that would be appropriate in a market that appreciates a good bargain. 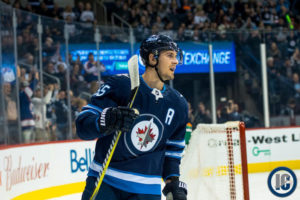 ESPN:  The best contracts for every NHL team.  Further to the point made in the above article it isn’t difficult to figure out who Emily has as the Jets best contract.

Illegal Curve:  Full breakdown of the 2018-19 Manitoba Moose season schedule.  I took a look at the 76 games on the calendar for the Moose including when we may see the return of some familiar faces in Chase De Leo and Buddy Robinson.