Note:  The Golden Knights struck back against the Jets last night to even their series when the visitors won game two 3-1.  The games now switch over to Sin City and the team will travel to Vegas today before speaking later this afternoon.  As always, you can expect to find updates on site via the Jets Playoff Practice Report.

Note II:  While the Moose season ended last Friday and they held their wrap up day on Sunday the Jets AHL affiliate made some news as the Jets recalled 13 of their prospects yesterday.

Winnipeg Free Press:  Battle between the pipes heats up in Game 2.  (Paywall).

Winnipeg Free Press:  Scheifele on fire, but only number he cares about is how many wins left to hoist Cup.  (Paywall).

Winnipeg Sun:  Desperate Knights were just that much better. 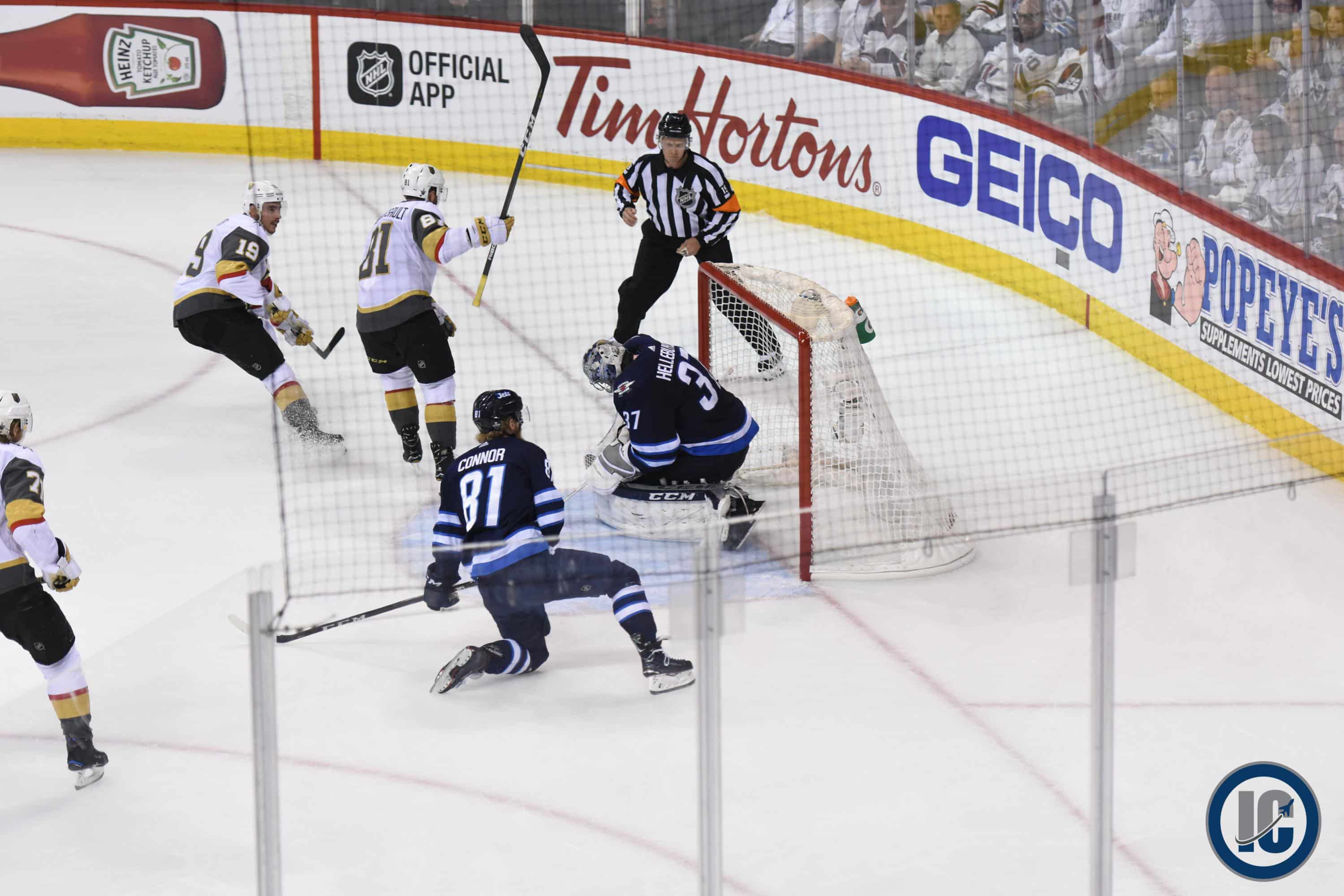 TSN: Jets fail to adjust to Preds-style slow down from Vegas.

Sportsnet:  Jets’ patience could have them contending for a generation.

CBC: Marchessault and the ‘Golden Misfits’ give Jets trouble in Game 2.

CBC: ‘Gift to be a part of this community:’ Winnipeg Jets fan fever spreads.

Global News:  Winnipeggers supporting the Jets all the way from China.

The Athletic:  From subtle to spectacular, Nate Schmidt does it all as Golden Knights — and Schmidt — continue to surprise.  (Paywall).

TSN: Schmidt’s tenacity makes him no fun to play against.

Sportsnet:  Has a blueprint been made to beat the Jets?