Note:  The biggest day in the history of NHL hockey in this city is today as the Jets are in Nashville to take on the Predators in Game 7 in their Best-of- 7 series with a chance to advance to the Western Conference Final.  It should be a wild night in Music City.  But before we look too far ahead there is the Jets morning skate at Bridgestone Arena and the Jets pre-game report will bring you up to speed.  Stay tuned throughout the day for any and all Jets news and updates before the 7 pm puck drop via Twitter |Facebook | Instagram.

Note II:  The Moose wake up this morning in a 0-3 hole after losing Game 3 last night in Rockford by a familiar score of 4-1.  Every game this series has followed a similar pattern seeing Manitoba score the opening goal of the game which then sees the IceHogs score four straight (including one power play goal and one empty net goal).  If the Moose want their season to continue past game 4 on Friday night they will have to change things up.  Perhaps we see the return of Mason Appleton who has missed the last six games with a concussion.  The team is scheduled to practice today at BMO Harris Bank Arena at 1 pm.

Winnipeg Sun: Maurice predicts ‘NGL’ showdown.  Spy vs Spy and in this instance it will be Goalie vs Goalie.

Winnipeg Sun:  Jets franchise reaches a touchstone.  Another big moment for this group of players.

Winnipeg Sun:  How the Jets and Predators got to game 7.  While most folks predicted a long series between these two evenly matched squads how they got to this spot was somewhat unpredictable.

Winnipeg Sun:  Jets and Preds who are likely to make statements in game 7.  It is just as likely to be someone you may not expect but here are some of the players who Ted things could make an impact.

Winnipeg Sun:  Jets focus on task at hand.  No point in thinking about anything else at this point.

Winnipeg Sun: Game 7 will bring jubilation or misery.  It is either gonna be one of the biggest celebrations in Winnipeg or it will be just pure sadness on Friday morning.

Winnipeg Free Press:  Ehlers eager to dent the twine.  (Paywall).  Lots of consternation that he hasn’t been able to find the back of the net.  Perhaps that disappears if he is able to light the lamp tonight.  Mike has more on the dynamic Jets forward. 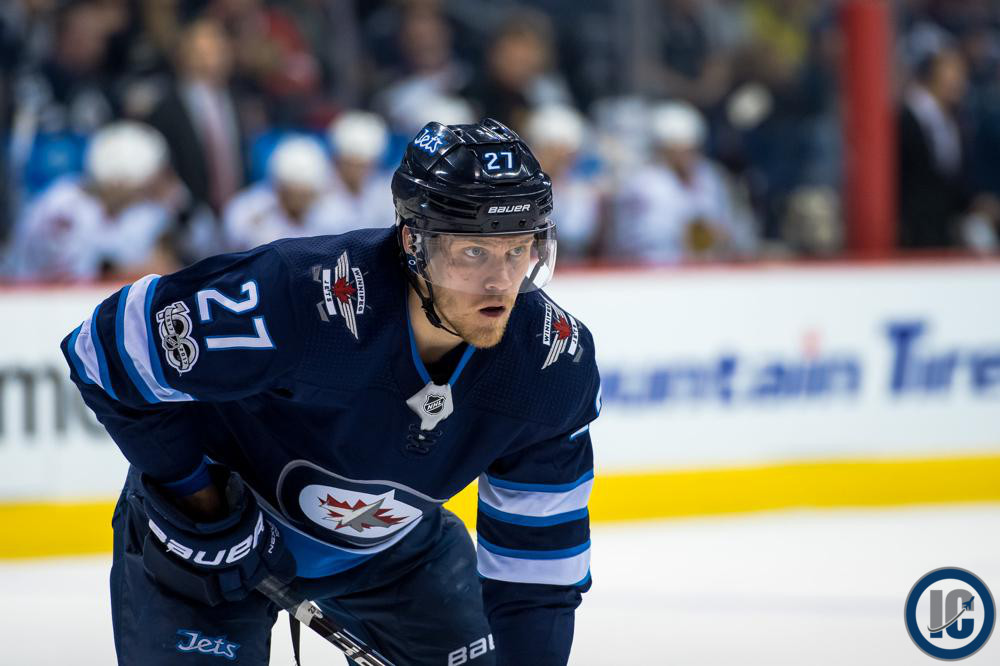 Winnipeg Free Press:  Hartnell more to Preds than just shift disturber.  (Paywall).  The Freep left Jason behind in Nashville and he files this report on the veteran forward for Nashville.

The Tennessean:  Game 7 promises only to be unforgettable.  Joe with his insight into the game from someone who covers the Preds.

Sportsnet: 7 keys for the Jets-Predators Game 7 finale: ‘Safe is death’.  Another list ahead of tonight’s game.

Sportsnet:  Game plans unclear as must-win meeting looms for Jets, Predators.  I suspect about the only thing we can expect from Game 7 is that it is completely unpredictable as to how the game will play out.

Sportsnet:  Jets fans unleash their support.  If we have gotten used to one thing these playoffs, it is just how fantastic the fan base in Winnipeg has been.

The Athletic: On being clutch, how Game 7s are prepared for and won, and what to expect from Winnipeg-Nashville. (Paywall).  Some insight into this game.

CBC: Jets try to stay calm, enjoy the ride ahead of Game 7 against Preds.  There may be some nerves ahead of the biggest game of the year to date but Jets players are trying to sound as cool as a cucumber.

TSN: Which top line will show up Thursday night?  The TSN Hockey panel examines the production from the Predators and Jets top lines and discusses which teams will have the advantage Thursday night in Game 7.

TSN:  Post 2 Post – Hellebuyck vs. Rinne.  Both Pekka Rinne and Connor Hellebuyck have shined, and have had issues so far in the series. Jamie McLennan has more on their play and what to expect in Game 7.

TSN 1050 Toronto:  Goaltending will not determine Game 7 outcome.  Tim Hortons That’s Hockey host Gino Reda talked to Scott MacArthur about Game 7 between the Predators/Jets, Ovechkin moving on past the Penguins, and Brad Marchand says he needs to change.

TSN 1260 Edmonton: Nashville can’t get into another track meet with Jets. TSN Hockey analyst Jamie McLennan joined Dustin Nielson to look ahead to Game 7 between the Predators and Jets.