Note:  The Jets are going to play perhaps their most significant game of the season tonight as they try to wrestle home ice advantage away from the Predators with a game 5 win in Nashville tonight.  It will be a tall task but this team has proven resilient all year long.

Note II:  The Moose kicked off their 2nd round series last night with the IceHogs dropped the opener 4-2 in a game that was tightly contested until the home side started to get into penalty trouble.  Then the visitors who have the best power play unit in the AHL during the playoffs went to work.  The Moose scored late to make it interesting but untimely they couldn’t get back into the game.  No rest for the wicked however as both these team will have to be ready quickly as they play game 2 this afternoon at Bell MTS Place.  I will be joining voice of the Moose Mitch Peacock in the broadcast booth.

Note III:  We’ve got three hours of Jets, Moose and NHL Playoff talk on the Illegal Curve Hockey Show on TSN 1290 Winnipeg starting at 9 am.  Tune in here.

Winnipeg Sun:  Jets have responded well to adversity all year and they need to do it again.  It will be a big test for a young group and it will be an interesting game to watch as they face the pressure of some Saturday night hockey.

Winnipeg Sun:  Jets need more from young guns to advance.  In the playoffs you cannot simply rely on one or two guys to get the bulk of goals for the team as it becomes necessary for the entire crew to contribute.

Winnipeg Sun: Return of Perreault would create match-up problem for Preds. It would certainly give the Jets their optimal lineup. 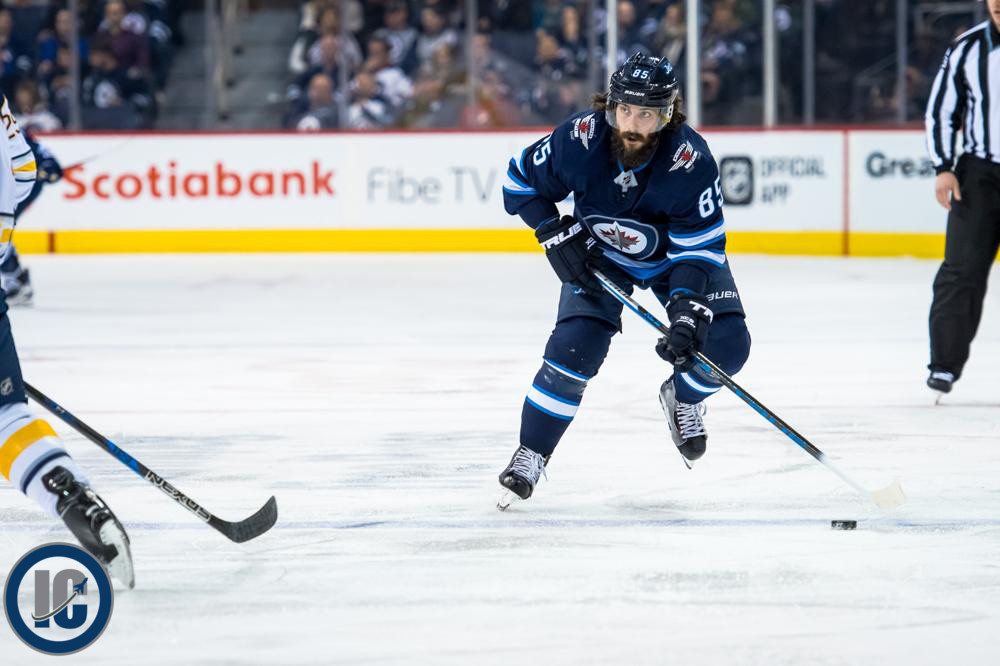 Winnipeg Sun:  Morrissey moves forward after he was robbed by knob save.  It was a wild play and could have certainly changed the game.  But you could say that probably ten other times during a game.

Winnipeg Free Press:  Perreault champing at the bit, frustrated Maurice had him sit.  (Paywall).  When he referenced himself in the third person you got the sense that Perreault was ready to go.  I suspect he will be back in the lineup tonight.

Winnipeg Free Press:  No ifs, ands or, especially, butts — that one leaves a mark on the Whiteout. (Paywall).  Seems to me that when the Jets win a game (i.e. game 3) it is plan the Stanley Cup route and when they lose a game (i.e. game 4) it is time to plan for next season.  While you can lament a missed opportunity the expectation from most was this would be a long, drawn out series.

Winnipeg Free Press:  Transplanted Jets fans eagerly check in to Motel, a ‘friendly Manitoba’ bar on Toronto’s Queen Street.  (Paywall).  Neat story on a place that sees former Peggers’ getting together to celebrate the team they support even all those many miles away.

The Tennessean:  Preds coach running a clinic on all of us.  Joe with his thoughts on the job the Nashville bench boss has done in this post-season.

The Tennessean:  Why Preds turned to Hartnell against Jets.  There was plenty of consternation from Preds faithful when the move was announced and beat writer Adam Vingan provides his insight into the move.

Sportsnet:  Predators’ change in tactics a Stanley Cup Playoffs tradition.  When it is even from a talent perspective sometimes the key to a series is being able to make those small, in-game adjustments to outmaneuver your opponent.

The Athletic:  Matt Hendricks is living the dream in the twilight of his career.  (Paywall).  It is pretty clear when you are around the veteran NHLer how much he appreciates his time in the game and doesn’t take anything for granted.

TSN:  The Predators apply the pressure.  In the first three games, the Jets had no trouble entering the Predators’ zone, but in Game 4 Nashville slowed things down and made it difficult for Winnipeg to get into their zone. The TH panel weighs in on changes the Predators made.

TSN:  Where has the offence been from Laine, Connor and Ehlers?  The Jets have gotten very little offence from Patrik Laine, Kyle Connor and Nikolaj Ehlers, getting just one goal from the trio in the series against the Predators, after they combined for 104 in the regular season. Dave Poulin discusses why their offensive production has dried up.

Winnipeg Free Press:  Moose have to climb out of playoff hole.  (Paywall).  It was a relatively even contest through two periods but the Moose got loose late in the 2nd and into the third period (but not in the right way) and the visitors took the opener of the central division final.