Note:  The Jets traveled on Thursday so there was no practice although we did get word that the Winnipeg Whiteout Street Party will be expanded (again).  Plenty of questions ahead of today’s morning skate based on who may be ready to return to the lineup.  This is the first 2nd Round appearance for a Winnipeg based NHL team in 31 years.  Our Jets pre-game report will be up and running once Winnipeg takes to the ice at Bridgestone Arena in Nashville at 11:30 am.

Note II:  The Moose had an opportunity to close out their first round series with the Griffins last night holding a 2-1 series lead heading into game four in Grand Rapids.  They were doing it without the services of Michael Spacek who was suspended for three games after an incident in game 3.  But the defending Calder Cup champs took advantage of a Moose lapse as the 2nd period was close to concluding scoring two goals in the final 1:35 left in the middle frame and then they added a empty net goal late in the 3rd period.  The deciding game 5 will go Monday at Van Andel Arena with the winner facing the Rockford Icehogs who swept the Chicago Wolves in three games.

Winnipeg Sun: Not much to choose between Jets and Predators in second-round slugfest.  I suspect the best advice is to tell folks just to sit back and enjoy the ride because it should be a wild series.

Winnipeg Sun: Maurice and Laviolette in rare position of replacing one another more than once.  The coaching fraternity is a small one.

Winnipeg Sun: Winnipeg-born singer sporting her Jets gear for performances in Nashville.  Suspect she will be on the receiving end of some good natured barbs.

Winnipeg Sun: Jets GM says come on board, Canada.  Doesn’t hurt to have some new folks on the bandwagon and while you’re on it I suspect that the team will be happy to sell you some merchandise.

Winnipeg Sun: Jets come of age.  This isn’t the wide-eyed, awe shucks just happy to be in the dance organization we witnessed a few years back when they made the post-season for the first time since relocation.  This is a team that is ready to flex their muscles.

Winnipeg Sun: Jets are a feel-good story for the country.  I’m not so sure I subscribe to this notion that you suddenly care about a team because it is located in Canada.  Maybe I’m wrong or maybe because Winnipeg is new(ish) the feel good aspect is still enough to overcome the usual disdain one holds for fellow Canadian teams.  I find it hard to imagine that Edmontonians would hope for the Flames or folks from Ottawa would cheer on the Leafs.  And that isn’t even getting into the fact that Canada’s team is likely the Golden Knights since they have the highest percentage of Canadians playing for them of any team left in the playoffs (58%).

Winnipeg Free Press: How Music City became a hockey city. (Paywall).  Our two cities have a lot in common writes Paul Wiecek from down in Nashville.

Winnipeg Free Press:  Subban will play the villain, if you really want him to.  (Paywall).  The Preds D man is happy to take your verbal slings and arrows if it means his team is leaving the building with a W. 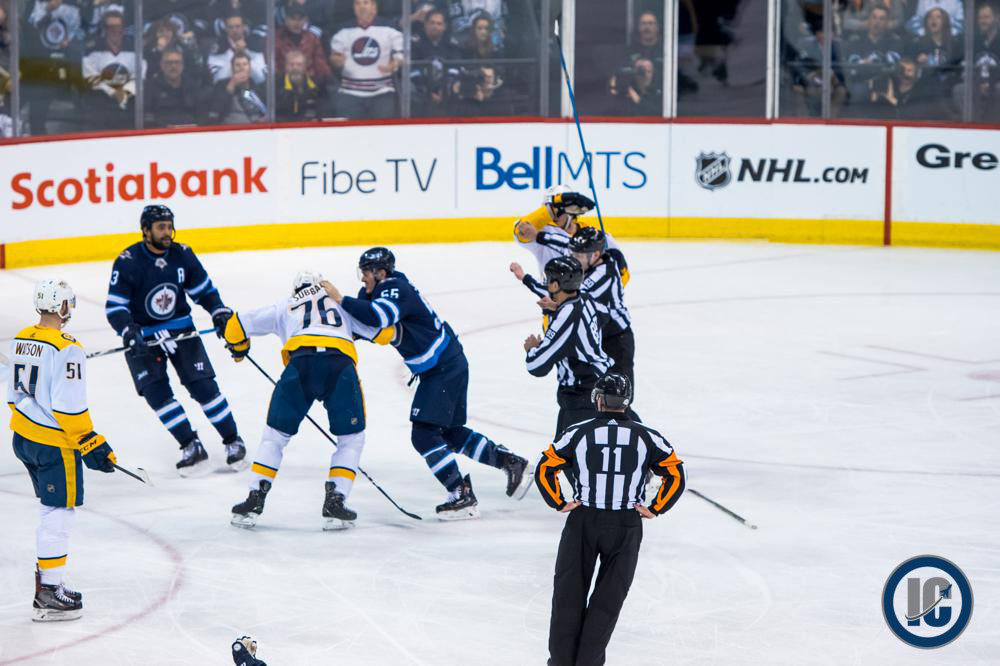 Winnipeg Free Press:  Jets will be formidable foes for last season’s Stanley Cup runner-up.  (Paywall).  When you are the top two point getters in the entire NHL that didn’t happen by accident or luck.  These two teams know they are in for a battle.

Winnipeg Free Press:  Jets’ have edge over Predators in goal, top six forwards.  (Paywall).  Former NHLer turned scribe Scott Campbell with his thoughts about the series in advance of it getting underway in Music City.

The Tennessean: Predators’ silent second line needs to step up to beat Winnipeg Jets.  If you want insight into the Jets opponent then Adam is your man or beat writer in this instance.

Sportsnet:  Breaking down how the Winnipeg Jets matchup against the Nashville Predators.  I think most folks will be shocked if this series doesn’t end up going the distance.

The Athletic: A by the numbers Nashville Predators vs. Winnipeg Jets series preview.  (Paywall).  Just what you would expect as he breaks this series down by the numbers.

TSN: How big of a role will special teams play in the Jets/Predators series?  It remains to be seen how much of a storyline special teams will end up being in the Jets’ second round series against the Predators, but it was certainly a storyline during their five regular season meetings. As Sara Orlesky explains, of the combined 41 goals that the two teams scored in those games, two were shorthanded and 11 came on the power play.

TSN:  Will Laine be good to go for game 1? With his status still in question after missing practice Wednesday, what’s the latest on Patrik Laine’s status for Game 1 against the Predators? How does Winnipeg match up against a Nashville team that’s as deep as anyone in the NHL? That’s Hockey gives its thoughts.

Winnipeg Whiteout Street Party is growing (again) ahead of Round 2
Stanley Cup Playoffs – Round 2 Game 1: Jets vs. Predators pre-game report