Next opponent news – Philadelphia Flyers: Read’s travels are taking him to All-Star skills event. Giroux will feel right at home in All-Star game.

Note:  Richard is going to have an in-depth analysis of Evander Kane’s fair market value later today.  Part 1 and Part 2 are now available.

Artvoice:  Promises kept – visit to Winnipeg.  Much like our story about the two Sharks fans who came to the Peg‘ to see San Jose take on the Jets, these two enterprising Sabres fans came down to Winnipeg last week to fulfill a promise made years earlier, to see Buffalo take on Winnipeg.

Winnipeg Free Press:  Chevy’s commandments.  While the Jets have pulled off a trade already they haven’t had to make any major dressing room changes.  Should be an interesting month to the deadline. 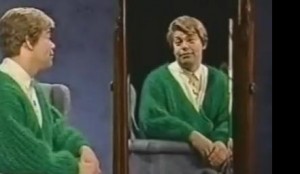 Winnipeg Sun:  What did you expect Jets fans?  This isn’t a sprint Jets fans, it is a marathon.  While it would be wonderful to see quick results the Jets project is a long term initiative.

Winnipeg Sun:  Chevy’s glass half-full.  If you need an example of what can happen when you throw money at a problem, check out the Buffalo Sabres.

Winnipeg Sun:  Jets way off goal-scoring pace.  The offensive numbers have been nothing to rave about this season.  As Richard pointed out the other day, the Jets top production player is Blake Wheeler who is tied with 8 other players for 75th.  Gone are the days when 100 points scorers grew on trees. 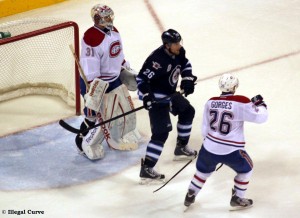 Metro:  Jets show cracks back-to-back.  No explanation as to why the Jets have struggled as badly as they have in the 2nd half of back-to-backs.  That 0-8 record though is quite abysmal.

SI.com:  Everybody loves Winnipeg.  I’m getting a tad tired of writers pointing out all the things wrong with this market before the introduction of reasons why it is a good one for hockey.  Very nice that SI is recognizing the return of NHL hockey to the Peg’ but I’m not sure why there is a need to denigrate the city before explaining why it deserved elevation from the AHL to the NHL.

Winnipeg Sun:  All Jets, all the time.  A 5 minute video discussion of all things Jets.

IceCaps official site:  Caps squeak past Sound Tigers.  The Caps have tied the Penguins for 1st in the East with a game in hand.  Next up is a date with the 2nd place in the Atlantic Monarchs.

Winnipeg Free Press:  Meech re-injures knee.  Another unfortunate setback for the Winnipeg blueliner.  Hopefully this injury doesn’t have him back on the shelf for too long.

Philadelphia Inquirer:  Read’s travels are taking him to All-Star skills event.  The Flyers have themselves quite the player in Matt Read as Jets fan learned when they faced Philly. 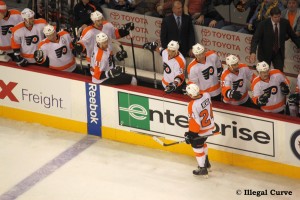 Philadelphia Inquirer:  Giroux will feel right at home in All-Star game.  Always nice to be selected for the game, especially nice when the game is being played in your backyard.