theScore:  Offseason Outlook for the Winnipeg Jets.  Includes a grade for the team for last season, current free agents, 2017 draft picks, summer priorities and the outlook for next season.

TSN 1290 Winnipeg:  Teams that come together during the Worlds are most successful. (audio).   Jets forward Mark Scheifele joined Hustler & Lawless from the IIHF Worlds ahead of facing Germany in the quarterfinals. Scheifele discusses the quick adjustment needed to playing with players he had as opponents in the NHL, and his thoughts on probably missing playing in the 2018 Winter Olympics. 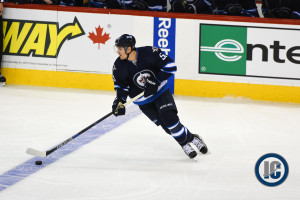 NHL.com:  Stanley back healthy, ready for run at Memorial Cup.  They caught up with the Jets 2016 1st rounder (18th) overall as he gets set to play his first hockey game in months.