Jets prospect will wear the C for the Sparatans next season. 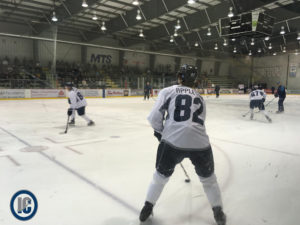 Mason Appleton was drafted by the Jets back in 2015 in the sixth round (168th overall).  The Green Bay, Wisconsin native is in his third year with the Spartans and will be wearing a ‘C’ for this season.  His points total went from 22 (5G 17A) in his freshman season with Michigan State to 31 (12G 19A) in his sophomore season.

From the MSU Spartans release:

“Mason is a very intense competitor and has a drive to excel, which is contagious. We look forward to working with him as a leader and a young man next season. I was impressed with his demeanor in the spring and can see why his teammates voted him captain.”  Coach Danton Cole.