Sportsnet:  30 Thoughts.  #17 looks at Eddie O as a possible addition to the Jets coaching staff.  He did once say he’d bring it back to Winnipeg.  We assumed he meant the Stanley Cup but perhaps he was foreshadowing his own return.

TSN 1290 Winnipeg:  Copp gaining valuable experience at Worlds.  (Audio).  TSN Hockey Analyst Shane Hnidy is live at the IIHF World Hockey Championship. He discusses the atmosphere around the Latvia/Russia game, the play of Pool B Leading Team USA and Russia’s reinforcements that have arrived. 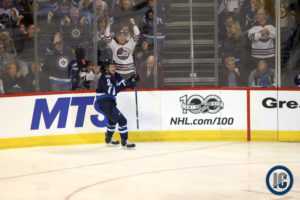 Illegal Curve:  Jets sign prospect Sami Niku to three-year entry-level contract.  Adding a young mobile defenceman could be a nice piece of the puzzle if he ends up with the Moose next season.