Note:  Reminder that today’s Illegal Curve Hockey Show returns to the three hour format as we get closer to puck dropping on the 2016-17 season.  Show kicks off at 9 am and concludes at 12 noon on TSN 1290 Winnipeg.

ESPN:  Trouba contract talk. (Paywall).  Not the main focus of the article but there is some talk from the World Cup of Hockey with respect to the contract of Jacob Trouba and the Flames Johnny Gaudreau.  Regarding Trouba he sounds like he’s just happy to be playing hockey although he indicates that he hasn’t heard anything from his agent.

ESPN:  Dustin Byfuglien has rallied big to be a key D-man for Team USA.  Big #33 gets some focus as the tournament gets underway. 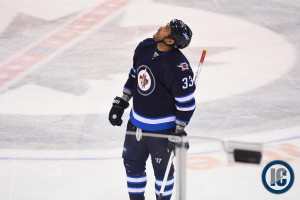