Note:  Jets fans are basking in the glow of the NHL Draft Lottery which was held last night in Toronto.  Winnipeg moved from the sixth spot to the second and the expectation is they will take Finnish forward Patrik Lane. 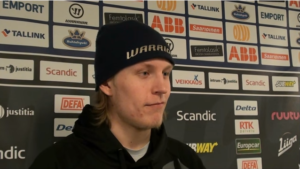 Winnipeg Free Press:  Not 2 bad at all.  (Paywall).  Plenty to read in Tim’s article including a chat he had with GM Kevin Cheveldayoff.

Winnipeg Sun:  Jets move up and steal No. 2 pick for NHL Draft.  Like the Jeffersons, the Jets were movin on up and Ken gives you his take on the move.

Winnipeg Sun:  From pessimism to optimism for Canada after draft lottery.  Sad testament to the fact that more Canadians tuned in for a draft lotto than do for the actual playoff games.

TSN:  Jets, Leafs win right to add key pieces.  Gary with a look at what this will mean for the Jets franchise.

TSN:  Jets come away with ”franchise-altering” pick. (video).  Sara Orlesky and Gary Lawless react to the Jets earning the second overall pick in the NHL Draft and discuss which player may be a better fit for Winnipeg, Patrik Laine or Jesse Puljujarvi.

TSN:  Winners and Losers. (video).  Dave Poulin and Martin Biron discuss what the second overall pick means for the Jets and their plans for the NHL Draft and the TSN Hockey panel weighs in with the winners and losers of the lottery.

ESPN:  Who really won the NHL draft lottery?  The analysts debate who came away the big winner last night.

Sportsnet:  Jets win big on lottery night, walk away with No. 2 pick.  It is a huge jump from six to two for this franchise.

Sportsnet:  Mock draft – NHL Draft Lottery results edition.  Worth remembering that the Jets also have a pick at 22nd from the Andrew Ladd trade to Chicago.