Note:  Hockey is officially done for 2015-16 as the Moose season concluded last night in Texas with a 4-1 loss to the Stars.  Manitoba will likely hold their end of season media session tomorrow.  Keep it locked to illegalcurve.com throughout the day as I will be down there and once the site is updated we will also notify you via Twitter |Facebook | Instagram.

Moose official site:  Moose wrap up season in Texas.  It was a tough loss to end a tough (second) inaugural season for the Manitoba Moose.  Dan DeSalvo, who was a nice ECHL addition for the past 17 games, kept his points streak alive (eight games) with the lone goal for Manitoba. 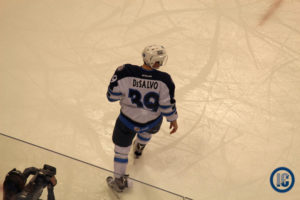