Note:  The Jets had the day off on Sunday but will hit the ice for practice today in Raleigh as they get ready to face the Carolina Hurricanes tomorrow night.

Note II:  The Moose finished off the final weekend of their six game home stand securing three out of four points which included a 5-2 win over Chicago.  The team will hit the Assiniboine Park Zoo today at 2 pm to interact with fans before they head out on the road for five games.

TSN:  Ladd, Jets teammates try to ignore trade talk.  I would suggest they stay as far away from social media as they humanely can. 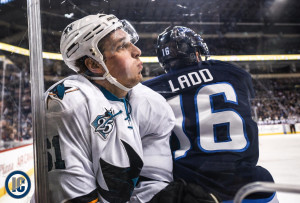 Winnipeg Free Press:  Pavelec ‘felt great’ in first game back with the Jets since fall.  (Paywall).  Sure sounds happy to have had a successful first game back but everyone is aware of what this team is up against.

Winnipeg Sun:  One small step.  This is a team in a precarious position and cannot afford to sit back and congratulate themselves when they win one battle.  Lots of fight left for this season.

CBC:  The curious case of the Jets crease.  When the topic was broached following the Moose game yesterday Connor Hellebuyck himself said “I wouldn’t take it as a demotion but as a chance for me to build as a player”.  However questions abound as to the moves that were made between the Jets pipes.

Chicago Sun-Times:  As deadline nears, Blackhawks have holes to fill, and questions to answer.  Wonder who the Hawks are looking at to potentially fill a need.