Note:  Jets fans are breathing a little easier as the home squad started off December with a big 6-1 drubbing of the Leafs.  The team will return to the MTS Centre for tonight’s Skills Competition which kicks off at 7 pm with doors opening at 6 pm.

Winnipeg Free Press:  Hellebuyck’s early NHL days good so far.  (Paywall).  Two games and two wins.  He seems nonplussed with his success and that is probably a good attitude to have for a young goalie. 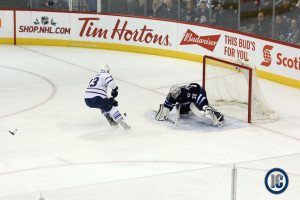 Winnipeg Free Press:  Stafford, Hellebuyck star in Jets’ romp over Maple Leafs.  (Paywall).  While the Leafs are still a work in progress the Jets were able to put that early goal against out of their minds quickly and put the game out of reach in the 3rd period.

Winnipeg Sun:  Hellebuyck stops 32 to improve to 2-0.  Will he ever lose again?  While he hasn’t exactly faced the Dallas Stars or New York Rangers he has been steady and made the stops his team has required.

Winnipeg Sun: Paul Maurice successful on his first coaches’ challenge.  Ken felt that there should have been more explanation from the refs on the ice once the ruling was made. 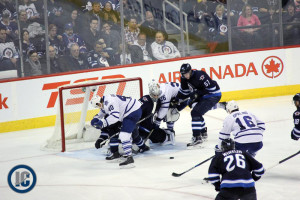 Winnipeg Sun:  Paul Maurice shows different side of himself at speaking engagement.  Learn a bit about the Jets bench boss as he spoke at the South Blues dinner.

CBC:  Jets now face the challenge of consistency.  Not sure which is a dirtier word right now consistency or discipline.  Either way Adam says enjoy the win with a grain of salt and he also writes about the Jets being fueled by erratic play.

Toronto Sun:  Defence optional as Leafs hang Garret Sparks out to dry.  It was certainly an unusual game at the MTS Centre last night as Toronto didn’t seem particularly interested in protecting their zone.

Toronto Sun:  Jets bring Leafs rookie goalie Garret Sparks back to earth.  The statue was being built after his first NHL game shutout but he got a small dose of reality last night.  Even Anthony Peluso looked like a sniper last night. 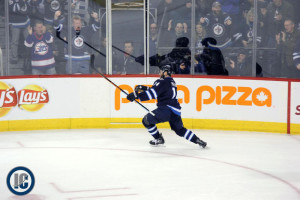 Metro News:  Jets will have to pony up if they’re after Travis Hamonic.  If you weren’t aware at this point, the Jets are going to have to pay to get Hamonic.  Sarcasm doesn’t convey nearly as well as I’d like it too via text.

Sportsnet:  If you build it, they will come.  Really interesting stuff on how #55 is improving himself as a player.

Post-game Podcast:  Host and analyst Richard Pollock breaks down the Jets play against the Leafs this evening.  To listen click here.

Chicago Daily Herald:  Wolves massacre Moose 8-2.  While up in the NHL the Jets were busy drubbing their opposition, their AHL squad was similarly being beaten down.