Note:  Tune into the Illegal Curve Hockey Show draft preview and season recap show as the guys talk NHL from 9 am until 12 noon on TSN 1290 Winnipeg.  Guests:  Frank Seravalli (TSN),   Guy Flaming (TSN 1260 Edmonton – The Pipeline Show) and Cary Eades (Head Coach & GM of the Fargo Force of the USHL).

Winnipeg Free Press:  Jets have some holes on the starboard side.  Ed looks at the right wing side as he preps you for the draft. 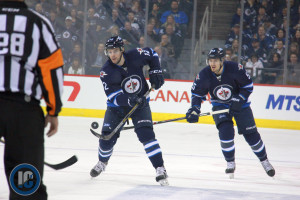 TSN 1290 Winnipeg:  Hustler and Lawless.  TSN Director of Scouting Craig Button joins Hustler & Lawless to preview the 2015 NHL Draft. Button outlines the pieces that the Winnipeg Jets may be looking at with their 17th & 25th overall picks, Jets prospects Joel Armia & Brendan Lemieux, and what the Arizona Coyotes may do with their 3rd overall pick.