Note:  Tune into the Illegal Curve Hockey Show draft preview and season recap show as the guys talk NHL from 9 am until 12 noon on TSN 1290 Winnipeg.  Guests:  Frank Seravalli (TSN),   Guy Flaming (TSN 1260 Edmonton – The Pipeline Show) and Cary Eades (Head Coach & GM of the Fargo Force of the USHL).

Winnipeg Free Press:  Jets have upgraded at the big-league level and also stockpiled what’s in the system.  Ed gives you some draft primer as we get ready for next week’s festivities.  Be sure to keep it locked to illegalcurve.com and @illegalcurve on twitter as Ezra and I will be covering the draft live from Florida. 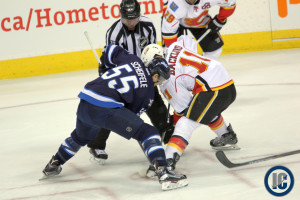 Illegal Curve: Jets re-sign Ben Chiarot. Fans seemed very happy when they heard the news yesterday that Winnipeg had given the rookie a two year deal.

TSN 1290 Winnipeg:  Hustler and Lawless.  Ben Chiarot joins Hustler & Lawless after signing a contract extension with the club. Chiarot discusses the improvements he’s made in the past year working with coach Charlie Huddy.

TSN 1290 Winnipeg:  Rona Roundtable. Tim Campbell of the Winnipeg Free Press discusses the Jets’ signings of Anthony Peluso & Ben Chiarot, and discusses what the Jets’ roster may look like at the start of training camp.