Next opponent news – Washington Capitals: Need to tighten defense. Bruce Boudreau and Alex Ovechkin need to get on same page.Lack of cohesion is a sticking point. ‘A lof of stuff’ said in players only meeting.

Winnipeg Free Press:  Fair-to-middling Jets rate ‘C’.  Most fans wanted this team to have success immediately, despite the signs pointing to the fact that the Jets wouldn’t be a contending team this season.  All things considered, this Winnipeg team has pulled together fairly well, considering the injuries and talent level.  How would you rate the Jets so far?

Winnipeg Sun:    Jets forming an identity.  Coach Noel kept saying that it was a matter of getting to know the team and having everyone buy into the same system.  While it seemed cliche at the time, after watching these last 3 games it appears that everyone is on the same page, with the GST line leading the way. 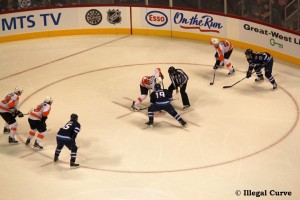 Illegal Curve:  Auctioning off Winnipeg Jets tickets & collectables to help raise $100,000.00 for the United Way.  Here is a chance to get to a Jets game, while also donating money to charity.  Win, win.

Washington Post:  Capitals look to tighten up defense.  You can bet the Jets coaching staff will be watching tonight’s Capitals/Coyotes game to see if the Capitals were able to implement the desired changes.

Washington Post:  Bruce Boudreau and Alex Ovechkin need to get on same page.  In a battle between a coach and a super star, we know who generally losses this contest of wills.  But coach Boudreau knows as Alex Ovechkin goes, so goes his team, so he will need to do whatever it takes to get his #1 star going again. 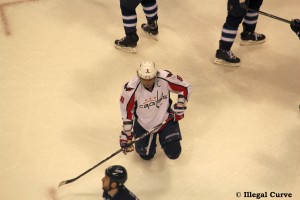 Washington Times:  Capitals’ lack of cohesion is a sticking point.  The Capitals looked disconnected in their loss to the Jets last Thursday and from what I saw in the 7-1 loss to the Leafs on Saturday night, things have gone from bad to worse.

Washington Times:  ‘A lof of stuff’ said in Capitals’ players only meeting.  They get an opportunity to turn things around against the Coyotes tonight and exact some revenge against the Jets on Wednesday night.