Note:  Usually we would be focusing on game #54 on the Jets schedule but today is a day unlike any other game day.  The Kane maelstrom is about to hit the MTS Centre for a second day as more news broke following media availability yesterday.  I suspect everyone that has a press pass will be at the arena for what should quite be an interesting day for this organization.

Note II:  Since we do have a hockey game to get ready for be sure to keep it locked to illegalcurve.com for all the latest news with notifications via our twitter @illegalcurve & Facebook.

Winnipeg Free Press:  Kane saga overshadows crucial homestand.   The Jets kind of need to move past this distration as they look to avoid their sixth defeat in a row against a central division rival tonight.

TSN:  Jets managing expectations as playoffs draw closer.  Dennis brings you this post on the ups and downs fans have experienced on a wild season to date.  It is going to be quite an interesting run for Jets fans to the end of the 2014/15 season. 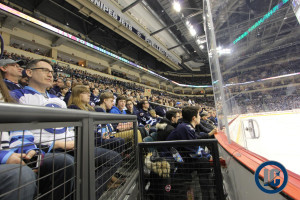 Winnipeg Free Press:  Jets keeping/losing the gap (video).  J.P. brings out his whiteboard to give us some great insight into the concept of gap.  He provides you with the background, good gap control, bad gap control and J.P. says.

Chicago Tribune: Blackhawks hope to get back on track against tough opponent.  A snarly Hawks team who are looking for revenge on a Jets teams that won three times at the United Center.  Doesn’t exactly sound like what the Jets need right now.

Chicago Sun-Times:  Slumping Blackhawks have earned the benefit of the doubt.  I suspect the Jets would take that kind of slump than what they are dealing with currently, which is a slump and a controversy.

ESPN:  Versteeg takes another step toward return.  Sounds like he is close but the perennial Jets killer doesn’t appear to be ready to play tonight at the MTS Centre.

All the latest news on the Evander Kane situation in Winnipeg
Game 54: Jets vs. Blackhawks projected lines