Note:  Following a few days off for the holidays the Jets return to the ice tonight in St. Paul to begin a crucial home and home series with the Wild who sit eight points back of the Jets.

Winnipeg Free Press:  Jets in striking range.  Paul writes about the Jets opportunity to move ahead in the Central.

Winnipeg Sun:  Can this new Jets toy last?  The schedule is about to get a lot tougher for Winnipeg in the final 47 games of the season.  It will be quite a challenge but coach Maurice hasn’t shied away from a challenge so you can expect this team to continue with the effort they have put forth in the first 35 games. 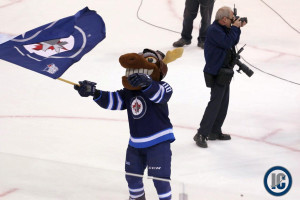 Minneapolis Star-Tribune:  As the Wild enters a crucial week and the final 50 games, Chuck Fletcher talks about the state of the team.  This is a squad Jets fans are going to become familiar with over the next few days.

The Jets have six prospects playing in the tournament and we will recap how they are doing at the tournament which this year is being co-hosted at the Air Canada Centre in Toronto and the Bell Centre in Montreal.

TSN:  Josh Morrissey’s Story (video).  Team Canada defenceman and Jets first round pick Josh Morrissey has been working with power skating intructor Deanna Curran since a very young age and he credits her encouragement, excitement and emotion for being where he is today.

USA Today:  USA edges defending champion Finland in shootout in WJC opener.  2014 draft pick Chase De Leo scored the shootout winning goal.  Couple of quotes in the article on feeling pressure to score and what it was like to be booed by fans at the Bell Centre.

Sportsnet:  Denmark optimistic despite loss to Russia.  The Dashing Dane was making his presence felt as he helped to stake his team to an early 2-0 lead which the Russians were able to overcome.  Plenty of quotes from Ehlers in this one.

Toronto Sun:  William Nylander sparks Sweden in world junior opener.  Sounds like the most noteworthy thing Jan Kostalek did was take a penalty against Nylander.

The Globe and Mail:  Canada routs Slovakia 8-0 at world junior hockey championship.  Nic Petan finished the game with one goal and two assists and he, along side his linemate Robby Fabbri, sure seemed to impress head coach Benoit Groulx.  Eric Comrie will get the start in net tonight against the Germans.