Note:  The team remains on holidays as they get ready for an imperative home and home against the Wild which starts on Saturday in St. Paul.

Winnipeg Sun:  The Year of the Coaching Change.  It was the biggest move made in the history of this franchise since the relocation to Winnipeg and Ken breaks down the entire Paul Maurice era since the firing of former coach Claude Noel. 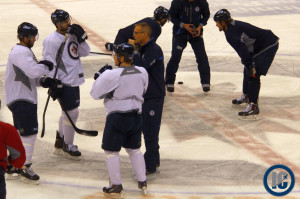 TSN 1290 Winnipeg:  ‘Twas the Night Before Christmas – Jets edition.  Or in this case it was the day after Christmas but either way Dennis Beyak offers this holiday treat.

Sportsnet:  Needs and wants for NHL’s Canadian teams (video).  Jets apparently only merit last mention of the seven teams.  Winnipeg discussion by the panel starts at 3:58.