The Jets kicked off their fourth season in Wpg with a show.

If you weren’t at the MTS Centre last night you didn’t get to see the laser light show that was put on for the 15,004 fans in attendance as the team welcomed their fourth home opener in Winnipeg.  Each fan in the crowd was given a blue glow stick to add some effect. 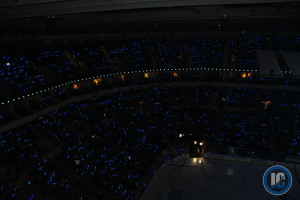 Each player came from the Jets dressing room which was a change as they had previously come from the zamboni area. 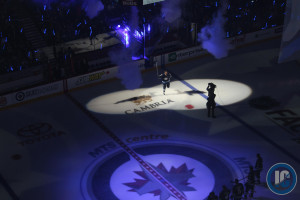 This year they added two banners on either side of the jumbotron to project images onto. 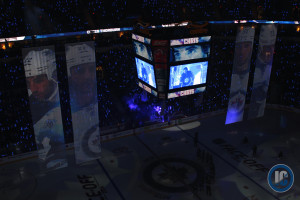 But it ended in the usual course with the players surrounding the logo and saluting the crowd. 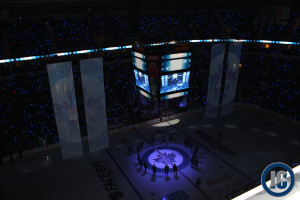 Here is a video clip as Adam Pardy was introduced:

And when coach Maurice is introduced: