Jets make a roster move for their AHL club. 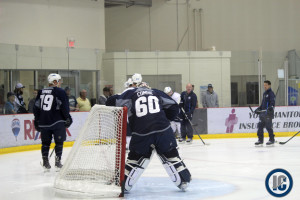 The St. John’s IceCaps, in conjunction with the Winnipeg Jets, announced that goaltender Eric Comrie has been re-assigned to St. John’s.

The native of Edmonton, AB also suited up in a pair of games with the IceCaps last season, dropping both decisions.

The IceCaps continue their six-game home stand Friday vs. the Hershey Bears (7:30 p.m. NDT), as part of Fan Appreciation Month. Catch all the action with Brian Rogers at www.stjohnsicecaps.com, 930 AM and www.ahllive.com. Tickets are available by visiting www.mileonecentre.com or calling 576-7657.