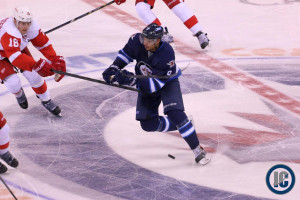 Evander Kane missed practice this morning as a result of a lingering issue so the team had him see the physician. The Jets just announced that they have placed him on IR retroactive to February 2nd.  The team recalled Patrice Cormier from the St. John’s IceCaps.

If you missed any of the insanity from today in which it was revealed that Kane and Byfuglien had an altercation of some variety we covered it here.

What are Winnipeg Jets fans thinking about the latest shenanigans?
All the latest news on the Evander Kane situation in Winnipeg