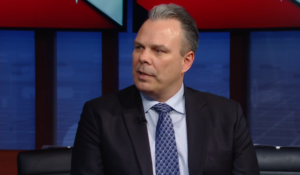 Jets GM Kevin Cheveldayoff sat down with Elliotte Friedman and Canucks GM Trevor Linden to talk about the draft lotto (video runs 3:32 and you can watch it here).  At the end of the conversation Friedman asks the Jets GM about possible extensions for Little or Ehlers:

“Haven’t had a chance yet to really get with each of the group but safe to say we’d like both of those players as long term Jets.”

Both Little and Ehlers will be entering the final year of their respective deals next season.  Little is set to become a UFA in 2018-19 as his five-year deal that he signed in 2013 ends; whereas Ehlers will be an RFA that season as his three-year entry level contract which he signed in 2014 (and began the following season) concludes.