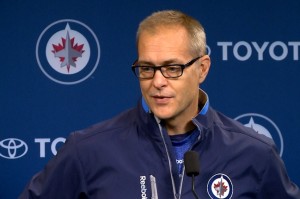 Topics:  Anything to define about this team from the first four games?  Being able to hold the lead.  How much coaching can he do in 3 on 3?  Being prepared to just let the guys play during 3 on 3 without much coaching.  Any strategy for building a lineup that keeps team fresh for 3 on 3?  Any update on Ben Chiarot?  On the penalties the team has taken in first four games.  Have the games been called tighter at start of the season?  Imbalance of home/away games to start the season.   Importance of having a hot start.  Any thoughts on the Blue Jays win?  Importance of establishing who they are going to be at home?  Has one thing pleasantly surprised him over first four games?  What is at the top of his fix it list?