Coach Maurice chatted with media prior to departing home for Winnipeg. 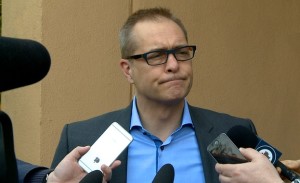 Coach Maurice – On the missed penalty calls.  The missed too many men on the ice penalty.   What can he do about the situation they are in right now?  Can he lean on something right now with the adversity they are facing?  Has the team played their best game yet?  Opportunity to take advantage of home ice as well as match up talk?  What did he think of Perreault’s play?  How does he feel about the team generating chances in the offensive zone?  Thoughts on the power play.  On holding the lead for over 30 minutes whereas the Ducks are under eight, does he draw confidence from that?  How much will they feed off the home crowd?  What is in the team’s tank now?  Thoughts on Adam Pardy?  On when he decided to put Pardy into the lineup.