Jets lose their captain for at least their next game.

One of the hallmarks of Blake Wheeler’s career has been his durability as the Jets captain doesn’t miss very many games. This season has been a bit different with covid and then his significant lower-body injury he suffered against the Canucks back in December, although that didn’t cost him as many games as it could have with covid causing a number of games during that time to be postponed. 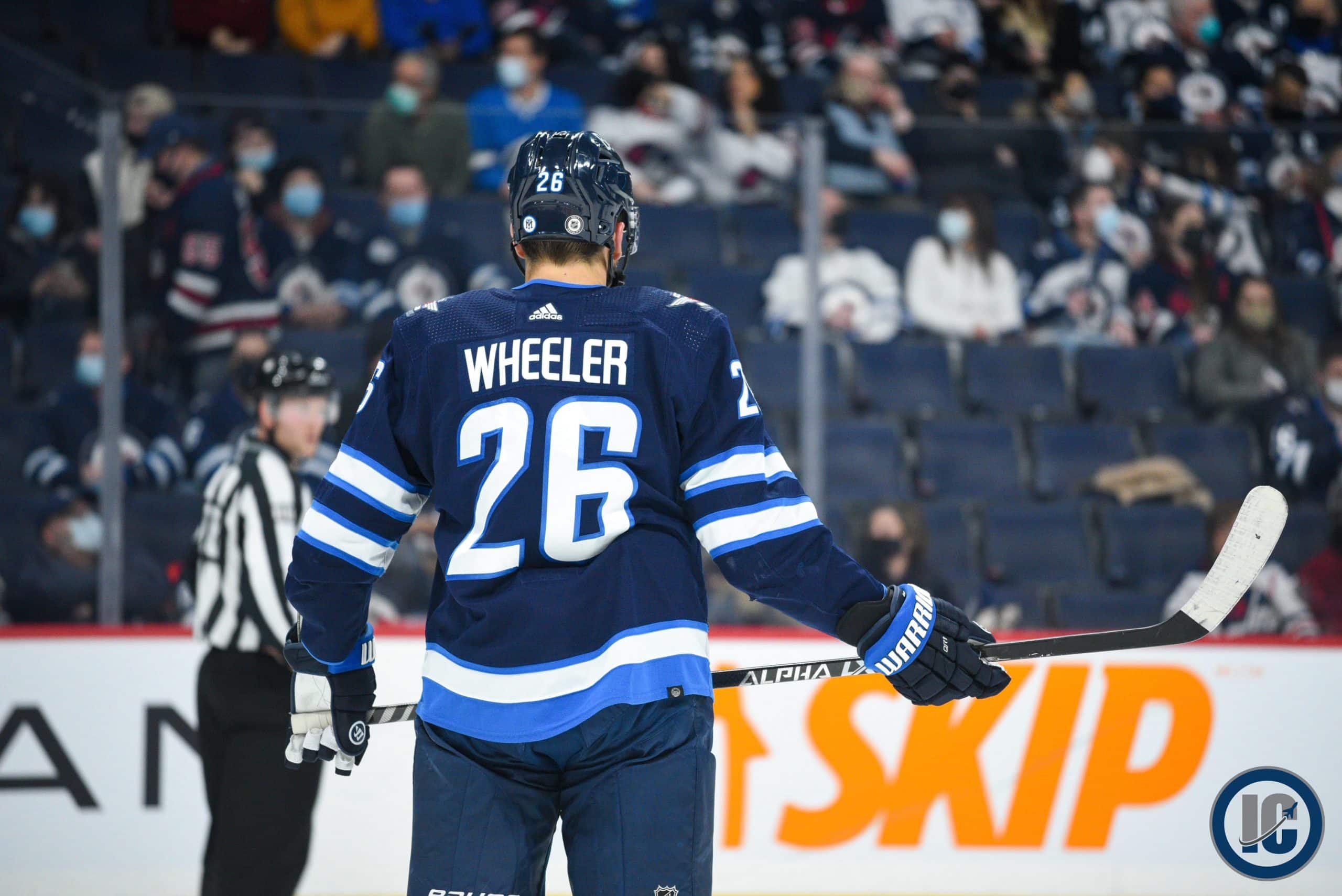 When asked about Wheeler the Jets bench boss indicated during his media availability that 26 would not play tonight against the Avalanche and that he was out day-to-day with an upper-body injury.