Note: Puck drop is at 7 pm CDT tonight as the Jets go up against the Avalanche tonight in Winnipeg. After the game, be sure to check out illegalcurve.com for all the post-game reaction.

Note II: There was some lineup news as Blake Wheeler is out day-to-day with an upper-body injury which means Adam Brooks draws back in while Logan Stanley is out with an undisclosed injury which means recently recalled under emergency conditions Dylan Samberg will return to the NHL for the first time since the end of January.

Winnipeg Sun: Wheeler out, Samberg in as Jets ready for Avs test. Scott reports on the news of the day.

Winnipeg Sun: Game Night – Avalanche at Jets. He gives you a reason to watch and also three things to know about the Avs.

NBC Sports: As Jets’ playoff hopes fade, focus shifts to important off-season. If last summer was the Summer of Chevy then this summer is gonna be the Summer of Introspection as this salary cap ceiling spending team, which appeared to address their area of biggest concern, will fall short of a playoff spot and that is gonna require an extra long look in the mirror by the entire organization. 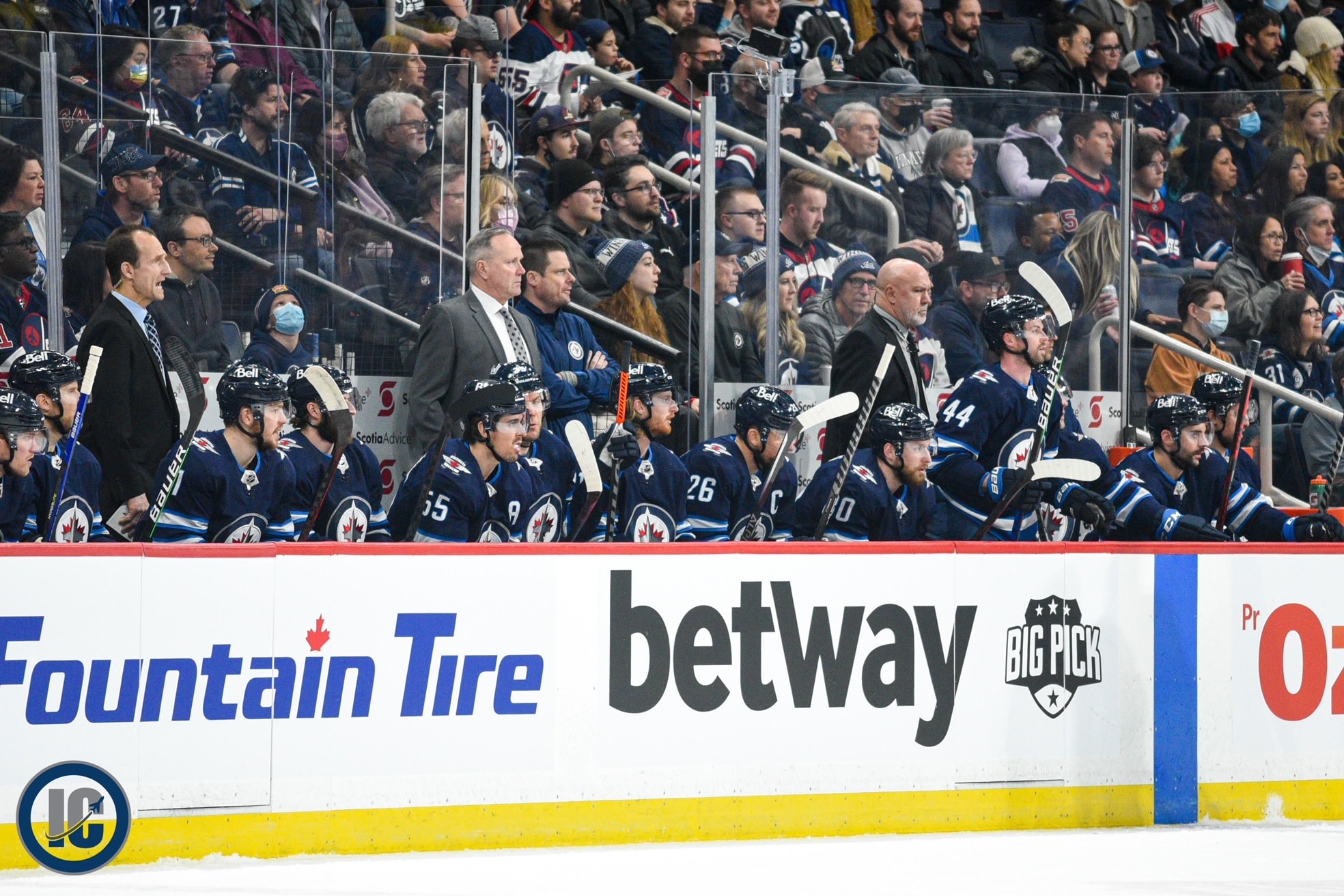 Illegal Curve: Jets vs Avalanche pre-game report. The Jets held a morning skate followed by a media availability before they take on Colorado. Check out the projected lines and D pairs and hear from players.

TSN: Samberg to draw into Jets’ lineup tonight against Avalanche. Defenceman Dylan Samberg will suit up for the Jets tonight in what will be just his seventh NHL game. The 23-year-old is excited for the opportunity and is looking to make the most of it.