Jets assign Petan to the Moose. 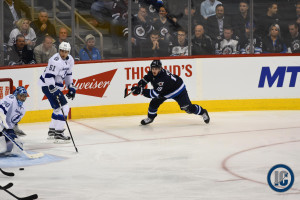 Jets announce they are sending the rookie to the Manitoba Moose of the AHL.  This will likely be the best thing for his development.  Peter wrote about this topic last week:

Did Nic Petan miss an opportunity with the Manitoba Moose.

The Winnipeg Jets Hockey Club, in conjunction with its AHL affiliate, the Manitoba Moose, announced today they have re-assigned forward Nic Petan to the Moose.

Petan, 20, played 14 games with the Jets this season, tallying one goal. Petan scored against the Boston Bruins in his first NHL game. Petan is in his first professional season after spending the last four seasons with the Portland Winterhawks of the WHL. Petan won a gold medal with Canada at the 2015 IIHF World Junior Championship. He was drafted by the Jets in the second round, 43rd over-all at the 2013 NHL Draft.