This afternoon True North Sports & Entertainment, announced their 10-year agreement with Bell Media to broadcast Winnipeg Jets on the new “TSN Jets” TV channel and Sports Radio 1290 for radio. Specific details of the agree had been leaked for some time, making the press conference was a formality. 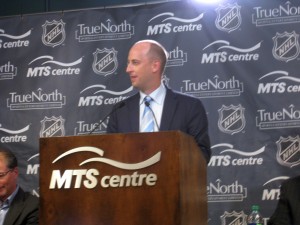 Here are the major points of the press conference

Listen to the full press conference