An interview with longtime Winnipeg Jets speedster, #9 Doug Smail. We talk toughest opponent, his thought’s on Winnipeg as NHL city, being part of the early 80’s Jets rebuild and more.

As talk ramps up of a return of NHL hockey to Winnipeg, many of us are waxing poetic of the Jets teams we had in the 80’s and 90’s.  Illegal Curve is unveiling a new feature entitled Alumni Interviews, which will bring you Q & A’s with various Winnipeg Jets alumni.  Our first interview in this series is with one of the most memorable members of the Jets throughout the 1980’s, Moose Jaw Saskatchewan’s Doug Smail.

Some of his notable accomplishments are;

He played over ten seasons with the Winnipeg Jets from 1980/81 until the 1990/91 season when he was traded to the Minnesota North Stars.  He came to the Jets undrafted from the University of North Dakota Fighting Sioux where he played 3 years in the WCHA, ending his collegiate career with the 1980 Frozen Four tournament.  He helped the Sioux win the National Championship (breaking a 17 year drought), as they won the Tournament with a 5-2 victory over Northern Michigan University.

While playing for the Jets he was known for his exceptional speed.  He was a gifted two-way hockey player, who was often used in a penalty killing role by Winnipeg.  For those IC readers who may not be old enough to recall the 80’s, if I had to compare him to a current NHL player, you could draw a parallel to St. Andrews Manitoba’s Darren Helm, a center for the Red Wings, who has speed aplenty and is often used by the Wings to kill penalties.

Doug currently resides in Colorado where he is the head coach of the Rocky Mountain Roughriders U-15 AAA squad.  He was nice enough to take some time to answer some questions for fans of NHL hockey in Winnipeg.

IC:  You came to Winnipeg as an undrafted free agent straight from college after winning a National Championship with UND and joined the Winnipeg Jets who only won 9 games that year.  How difficult was that first year of pro hockey for you?

Doug:  It was thought of as a horrific year by many…and believe me it was not fun.  But Fergie and Mike Doran thought they had to begin to gut the organization from a player standpoint and totally rebuild it. I knew it would be tough the way they threw some of us rookies to the wolves in a baptism by fire means, but we also lost a ton of games that year by only a goal…and were quite close to having a pretty decent record if the one goal games had just a little bit more maturity in the lineup. 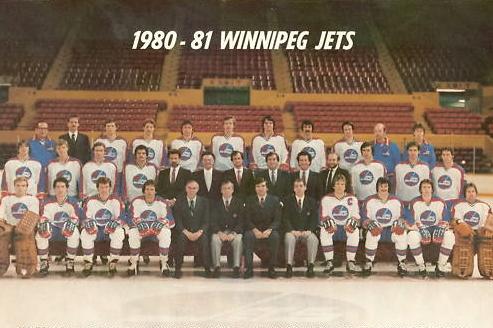 IC:  What was your most memorable on-ice moment in a Winnipeg Jets jersey?

Doug: I’m not sure…there were numerous times…probably every game when we stepped onto the ice in the playoffs.

IC:  Since you were so fast, you were an effective two-way player, who was the toughest player you ever played against?

Doug:  Believe me there were plenty…I thought Mike Foligno was very tough to play against, Jay Wells and Claude Lemieux also, never liked playing shifts against those two.  Willi Plett was another one…these guys were warriors.   These were a few of the numerous physically tough.  But the skillfully tough…well…Gretzky, Messier, Lemieux head that class, their toughness was truly remarkable when one could see on the ice what was thrown at them all the time….they have my complete respect.

IC:  Having spent a decade in Winnipeg, you must have a number of great off-ice memories.  What was the impression you had of Winnipeg fans?  Does any one experience stand out for you?

Doug:  I think it was the overall respect the fans gave us.  And some terrific support from some close friends at the time…the Heffords and Stephen’s families of Charleswood and the Quark family of south Winnipeg made me feel welcome beyond words. But also the experience of having my mothers family around Winnipeg. She grew up in Poplar Point and some of her sisters, brothers and my cousins all lived around Winnipeg.  Even though the pace of hockey was terrific, it always gave me a positive feeling knowing family was close and the people of Manitoba were so very real.

IC:  You left Winnipeg during the 1990 season in a trade with Minnesota and finished your playing career overseas at around the same time the Jets were playing their final season in Winnipeg.  How did the team leaving Winnipeg impact you, if at all?

Doug:  I understood the economics of why they were sold….and it was inevitable for that to happen given the circumstances at the time….but it was too bad and I understood the pain for all Manitoba…and to think it was the end of some pretty passionate times for the city of Winnipeg…was hard to fathom it was ending. 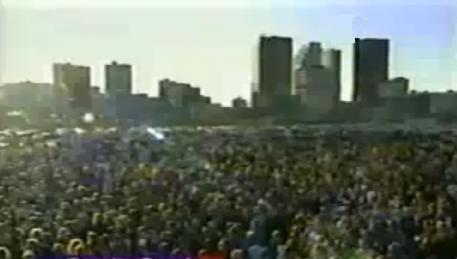 IC:  Do you keep abreast of the situation in Winnipeg and the near daily rumors of a team’s return to the city?  What are your thoughts about NHL hockey returning to Winnipeg?

Doug:  I hear about the rumblings and have spoken to a few people who have some pull.  I obviously think it would be great for the city…my hope would be for them to be able to have the chance to compete economically in the league, to be able to establish the public, corporate and political support it seems they would need to construct and maintain a contender…and to regain the NHL label the city had!  If it were to happen…Bravo for both the city and the NHL.

We at IC would like to thank Doug Smail for taking the time to answer our questions and for being the 1st in our series of Winnipeg Jets Alumni Interviews.