Winnipeg Free Press:  Jets buzzing after opening night.  As high as the fans got after yesterday’s game, it is always nice to hear that the players are experiencing similar emotions, the day after one of the significant games that won’t ever factor into the NHL standings.

Winnipeg Free Press:  Blue Rodeo to play at Jets social.  I like the name of the party but it’s a shame they have to do it indoors.

CBC:  Go Jets Go.  Some sounds from the game and talk with the fans.

the Score:  Times they are a changin’.  It appears that the NHL has set a December 2011 deadline to have the realignment process completed by.  What do readers think would be best?  Geographic rivals?  Time zone divisions? 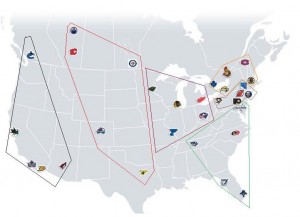 sjicecaps.com: IceCaps jerseys to be revealed tomorrow.  It looks like our friends on the East coast will finally get to enjoy the revealing of their team’s new jersey.