Jets hungry for win over struggling Blue Jackets. Jackets and Jets meet, something has to give. Penalties are poisonous. Jets make only visit to Columbus to face Blue Jackets (expected lineups).

Jets opposition (Blue Jackets) news: Columbus will have both Carter and Wisniewski in the lineup tonight.

Winnipeg Sun:  Jets hungry for win over struggling Blue Jackets.  You can’t exactly look past a team like the Columbus Blue Jackets just because they have not been very good lately.  Not when your team also has not been playing particularly well.

CBC:  Jackets and Jets meet, something has to give.  When 14th in the East meets 15th in the West one of these two struggling teams is going to gain some confidence with a victory.

Winnipeg Free Press:  Penalties are poisonous.   This Jets team has fed itself on a steady diet of penalties, both questionable and deserved that have consistently put them down a man and often a goal or two. 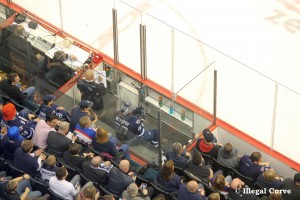 TSN:  Jets make only visit to Columbus to face Blue Jackets.  Brian Munz from TSN Radio 1290 brings you the Jets and Jackets lineups.  Of note, Paul Postma is in and Brett Festerling is out.

Yahoo Sports:  Blue Jackets will have Carter, Wisniewski together for first time.  Will fans in Columbus finally get to see the team they thought they got during the summer?