NHL not reviewing bit hit on Enstrom. Upper Deck Celebrates the Return of the NHL in Winnipeg with a Special Jets set. NHL 12 releases patch and Jets get proper jersey.

Affiliate News: Under the microscope – a look at the IceCaps in October.

Next opponent news – NYI: Islanders could make a bid for Avery.

Winnipeg Free Press:  NHL not reviewing big hit on Enstrom.    The lack of penalty call on the play probably doesn’t help matters.  Did you think it merited a suspension?

Upper Deck:  Upper Deck Celebrates the Return of the NHL in Winnipeg with a Special Jets set.  Pretty cool that UD is making this special commeroative set.  For those that collect hockey cards, is this a big deal?

EA Sports:  NHL 12.  The patch for the newest hockey game for EA Sports is out and the Jets finally have their proper jerseys. 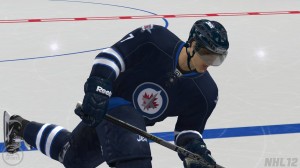 The Ice Flow:  Under the microscope – a look at the IceCaps in October.  Everything you want to know that the Jets affiliate has been up to this past month.

Sportsnet:  Islanders could make a bid for Avery.  TSN’s Bob McKenize hinted at this yesterday, although quickly suggested that he didn’t have anything concrete to suggest that the Rangers cross-town rivals would be sticking it to them.  Update:  HNIC just confirmed that Avery cleared waivers.