Ladd sticking with the visor. Jets look to make it 2 in a row tonight. Jets return holds little meaning to Tortorella. Mason gets nod as starter. Jets wrap up two-game homestand versus Rangers. Bogosian finding his way in Winnipeg. Blueshirts tweak their lineup ahead of game vs. Jets Lundqvist’s start streak to end.

Globe and Mail:  Ladd sticking with the visor.  When your wife is an optometrist, it is probably difficult for him to justify not protecting his eyes.

Globe and Mail:  Jets return holds little meaning to Tortorella.  His bad mood has followed him from Edmonton.  Wouldn’t want to be in the post game scrum if the Rangers lose.

Winnipeg Sun:  Jets look to make it 2 in a row tonight.  Can the Jets begin the first ever winning streak at home?  Would be nice for fans who won’t be able to cheer the team on again at home until the 10th of November.

Winnipeg Free Press:  Jets’ Mason gets nod as starter.  Not too surprising after coach Noel’s comments on Sunday.

TSN:  Jets wrap up two-game homestand.  No major changes for the Jets tonight.

CBC:  Bogosian finding his way in Winnipeg.  There is always an adjustment when you arrive in a new city, but these guys have been wholeheartedly embraced by Winnipeg. 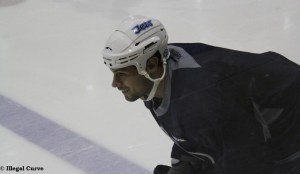 New York Daily News:  Blueshirts tweak their lineup ahead of game vs. Jets.  Good news for Rangers fans, as it sounds like Lundqvist is fine.