Note: Puck drop is at 7 pm CST tonight as the Jets go up against the Ducks in Winnipeg. Reminder it is the Hall of Fame game which will see the jerseys of Teemu Selanne and Teppo Numminen raised to the rafters. After the game, be sure to check out illegalcurve.com for all the post-game reaction.

Note III: The Jets recalled Ville Heinola from the Moose this morning as it sounds like they have some game-time decisions.

Winnipeg Free Press: Selanne, Numminen savouring special visit to Jetsville. (Paywall). When you can say the names Teemu and Teppo and not need to mention last names it means you have a special connection to a place.

Sportsnet: NHL Power Rankings: A rookie to watch on every team. They’ve got the Jets listed 10th which seems appropriate that the rookie they focus on is 10th overall pick in 2020 Cole Perfetti. 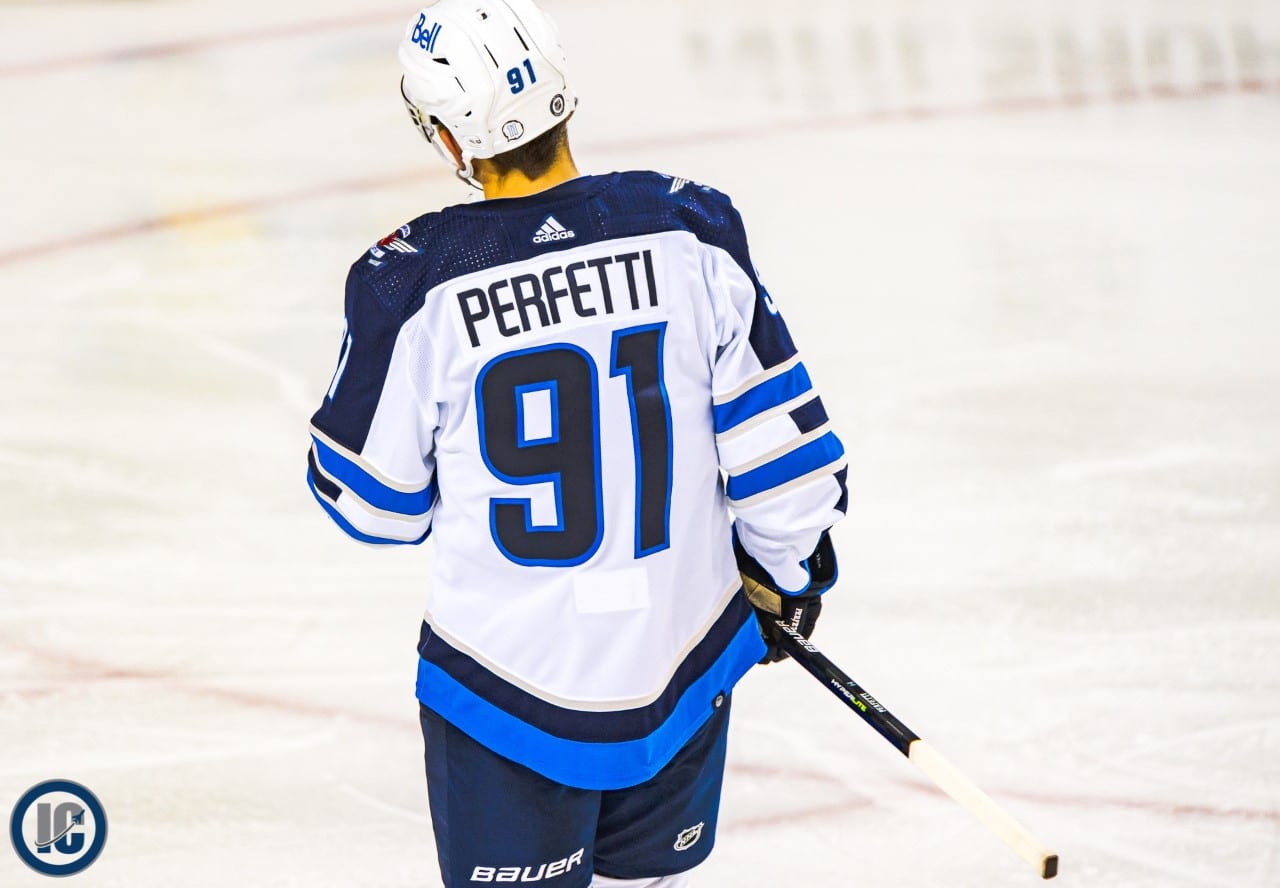 Jets official site: Jets gameday report. Mitch gets you set for the game.

Global News: Jets 1.0 stars Selanne, Numminen in Winnipeg for Hall of Fame induction Thursday. If you don’t have time to watch the full media avail (below) then check out this recap of today’s chat.

Illegal Curve: Jets vs Ducks pre-game report. The Jets held a morning skate as they prepared to face Anaheim. Check out the projected lines and D pairs and hear from players/coaching staff media availabilities.

JetsTV: Media availability with Teemu Selanne and Teppo Numminen. The Finnish duo have been in Manitoba for a few days getting reacquainted with the ‘Peg as they got ready for the Hall of Fame ceremony tonight. Be sure to check out their skate down memory lane which went almost twenty minutes this morning.

TSN: Nothing off the table, including surgery, for Ehlers’ lower-body injury. The news on Nikolaj Ehlers 24 hours after he skated for the first time in a month was not particularly encouraging. Ehlers was not on the ice Thursday and Rick Bowness said the club will have to make a decision soon on Ehlers’ next course of treatment for his lower-body injury. John Lu has more.