Note: Puck drop is at 7 pm CDT tonight as the Jets homestand continues against the Capitals. After the game, be sure to check us out for all the post-game reaction.

Note III: The biggest news of today was that Paul Maurice has resigned as head coach of the Winnipeg Jets and assistant coach Dave Lowry has been named interim head coach. You can watch the media availability with Paul Maurice here and GM Kevin Cheveldayoff here.

Sportsnet: Jets players grateful for Maurice’s guidance, mentorship. He is certainly regarded as a players coach and for many of the players on the Winnipeg Jets he is the only one they’ve known at the NHL level.

Winnipeg Sun: Jets head coach Paul Maurice resigns. The news of the day and some. Scott with reaction to the news that shook Winnipeg this morning. 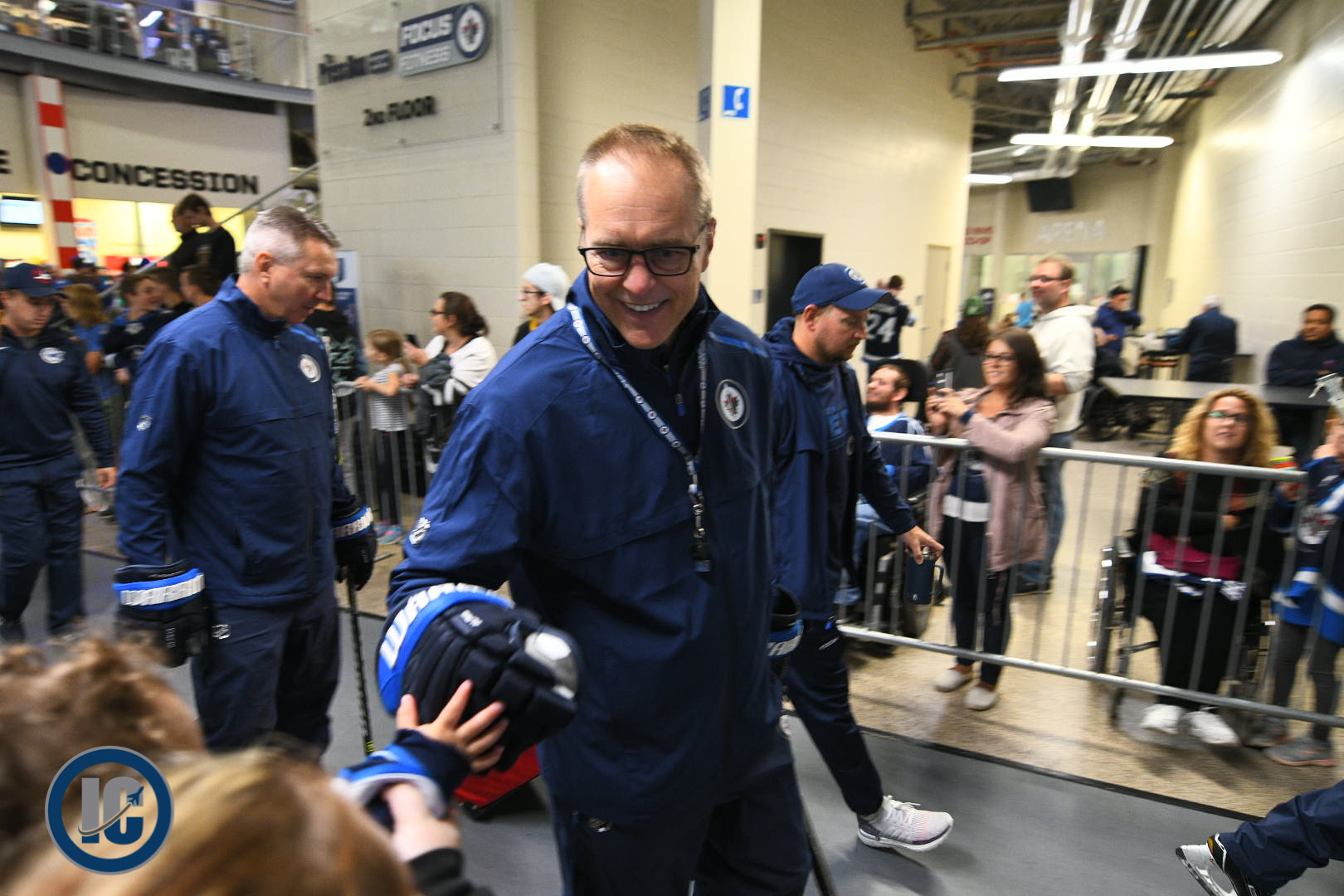 Winnipeg Sun: Alex Ovechkin looks to break NHL career power-play scoring record. Still a game to be played tonight and Scott helps set that up for you.

Winnipeg Free Press: Maurice out as Jets head coach. (Paywall). Jason and Mike were at Canada Life and filed this joint story on the story of the hockey year so far in Winnipeg.

CBC: Jets coach Paul Maurice resigns, says players ‘need a new voice’. Can’t be easy as a professional coach to say you feel the team can get to the next level without you.

Illegal Curve: Jets vs Capitals pre-game report. The Jets held a morning skate followed by a media availability before they take on Buffalo. Check out the projected lines and D pairs and hear from players.

TSN: Maurice ‘comfortable’ with where he is leaving things. There was no indication heading into Friday that this was going to be anything other than a regular game day for the Winnipeg Jets until the shocking news dropped that head coach Paul Maurice had resigned. TSN’s Jets reporter Sara Orlesky has more on the days’ events following the news and players’ reactions.

Sportsnet: Did anyone see Paul Maurice’s resignation coming? Faizal Khamisa and Ken Wiebe discuss the resignation of Paul Maurice as head coach of the Jets, his legacy in Winnipeg and how the team carries on for the remainder of the season.

Sportsnet: Can fresh presence behind bench rejuvenate Jets roster? Sean Reynolds and Ken Wiebe discuss the factors that led to Paul Maurice resigning as bench boss of the Jets and what Dave Lowry brings to the team as interim coach.

Dave Lowry will be interim head coach of Winnipeg Jets for entire season
Did anyone see Paul Maurice’s resignation coming?