Note I: Puck drop is at 7 pm CDT tonight as the Jets play the Blackhawks in the second of seven straight games in Winnipeg. After the game, be sure to check us out for all the post-game reaction.

Note III: The Illegal Curve Locker Room is here and it is time to submit your orders before tomorrow’s 11:59 PM deadline.  Check out and purchase all your IC branded shirts, hats, hoodies and more which are all made locally here in Winnipeg.

Sportsnet: Comrie providing Jets with a calming presence during Hellebuyck’s absence. While those on the outside have made a lot of noise the team, from management to the players, continue to espouse a belief in the more than capable backup netminder. 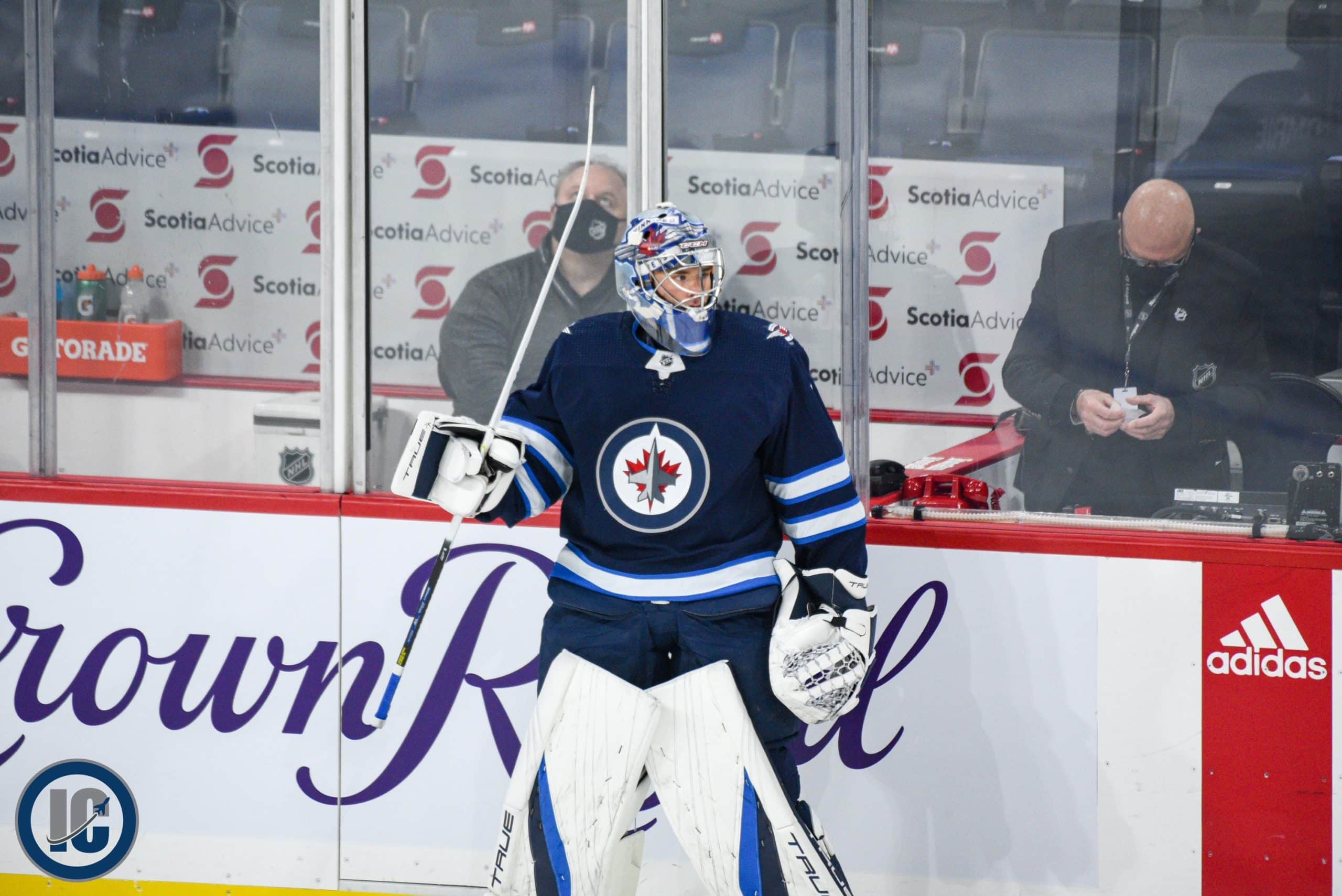 Winnipeg Sun: Hellebuyck remains sidelined with illness, Comrie to start second straight. Don’t think anyone would have believed me if I had told you that Eric Comrie would start three of four games for the Jets and 30% of the first 10 games of the season for Winnipeg. So far the 2013 2nd rounder has been solid with two wins.

The Athletic Winnipeg: How Nik Ehlers, Pierre-Luc Dubois and Kyle Connor’s offensive versatility is lineup-altering for Jets. (Paywall). Murat looks at the trio of forwards and how they have been game changers for this Jets club as they have given them a top nine rather than simply a top six.

Illegal Curve: Jets vs Blackhawks pre-game report. The Jets held a morning skate followed by a media availability before they take on Chicago. Check out the projected lines and D pairs and hear from players as well as head coach Paul Maurice.

Sportsnet: Schmidt praises Jets goaltender Comrie for reliability in big moments. Jets defenceman Nate Schmidt had nothing but good things to say about backup goaltender Eric Comrie who will get his second start in a row tonight against Chicago.