Note: Jets co-owner Mark Chipman and GM Kevin Cheveldayoff are set to speak today at 4 PM. We will have it covered.

Note II: Puck drop is at 7 pm CDT tonight as the Jets play the Stars for the first time this season and which will kick off the first of seven straight games in Winnipeg. After the game, be sure to check us out for all the post-game reaction.

Winnipeg Sun: Comrie to start as Hellebuyck’s welcome son into world. The newest member of the Jets hockey team family came into the world this morning which means the Jets top netminder is rightfully taking the night off to spend time as a new parent. In his place will be Eric Comrie who played a very solid game against the Kings last week in his first start of the season. 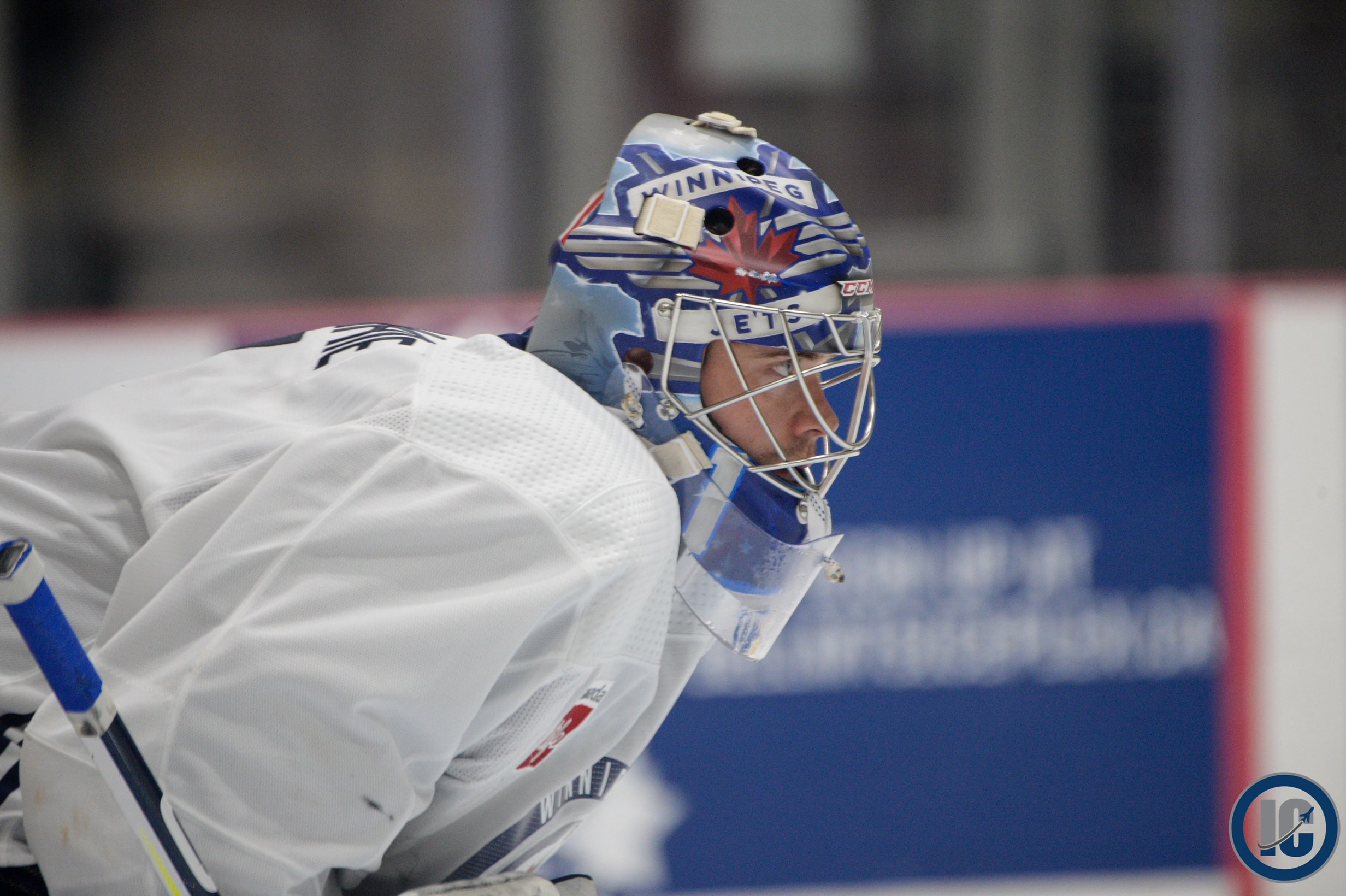 Dallas Morning News: Why Stars’ top statistical line hasn’t produced on the scoreboard … yet. If you want insight into the Jets opponent this evening check this out.

Illegal Curve: Jets vs Stars pre-game report. The Jets held a morning skate followed by a media availability before they take on Dallas. Check out the projected lines and D pairs and hear from players as well as head coach Paul Maurice.

Illegal Curve: Dylan Samberg on the ice as he recovers from high ankle sprain. He’s been out since day 1 of training camp but it is a good sign to see him on the ice even if it is in a non-contact jersey.