Note: Puck drop is at 8 pm CDT tonight as the Jets kick off the Stanley Cup Playoffs with game 1 in Edmonton against the Oilers. After the game, be sure to check us out for all the post-game reaction.

Winnipeg Sun: Jets start playoffs with two top-six forwards missing … again. At least unlike last season they were aware of this limitation ahead of game 1 and they didn’t occur in game 1 unlike last season during the play-in series against the Flames. In addition to writing about the impact the absence of Dubois and Ehlers will have on the Jets, Ted wrote about Kristian Vesalainen/Logan Stanley’s playoff debut, no friends across the way, bring on the fans and the Appleton factor.

Sportsnet: Three keys to victory in the Oilers-Jets Round 1 playoff series.  And two of them involve a man named Connor.  Their keys include: 1) Connor McDavid. 2) Connor Hellebuyck. 3) Rush vs. Cycle. 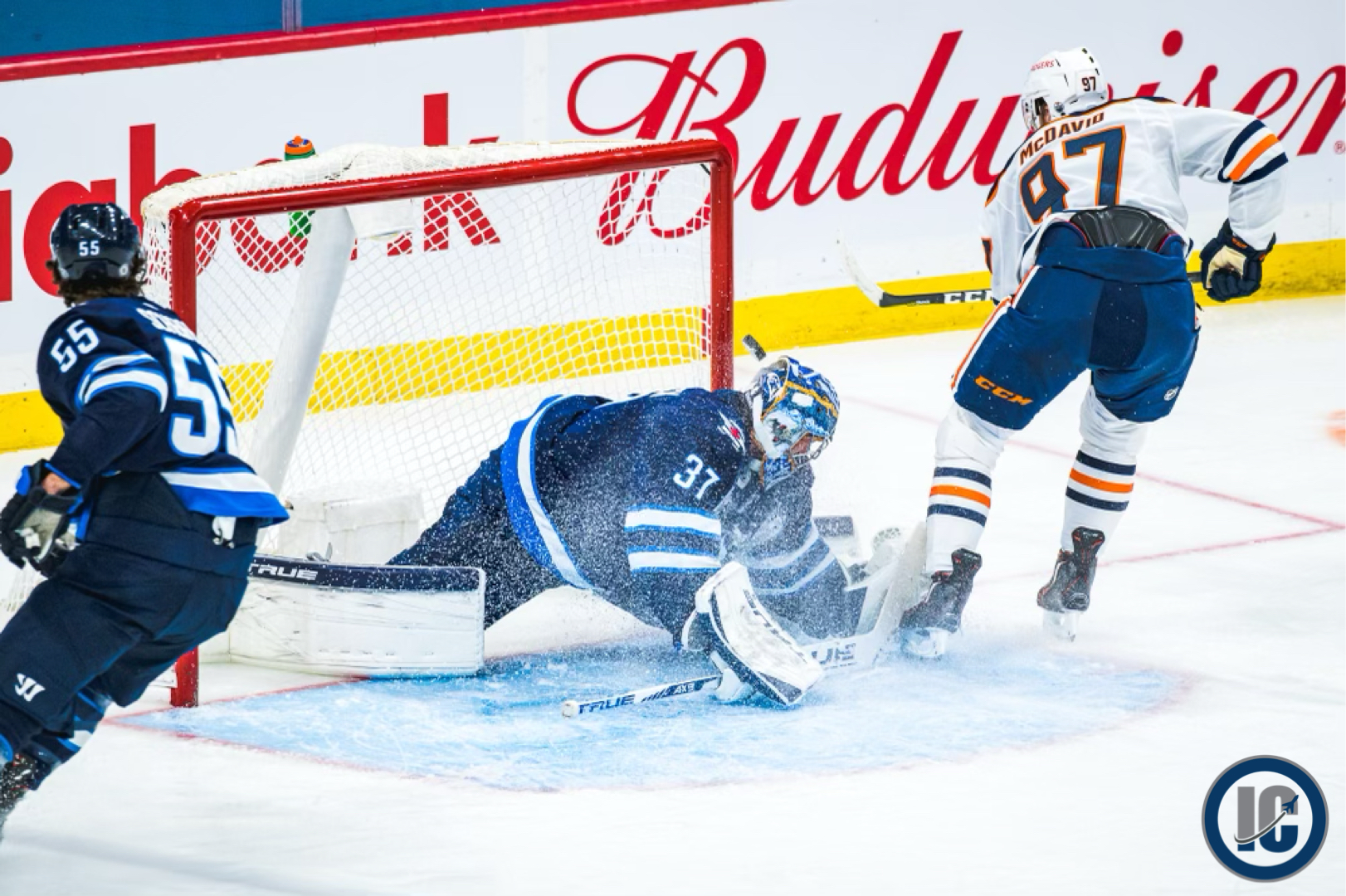 Sportsnet: Jets embrace underdog role vs. Oilers: ‘We know we are good enough to win’. It is smart to embrace an us against the world mentality (although it isn’t as if every pundit is choosing the Oilers).  And without Ehlers and Dubois (which is now confirmed) that circle the wagons thinking is probably gonna be very, very necessary.

Winnipeg Free Press: Alberta, Manitoba not following Quebec’s plan to let thousands attend NHL playoffs.  Seems foreign to watch games down south and to see fans in the buildings given what we have experienced but sounds like Montreal is hopeful they can buck that trend in Canada.

Illegal Curve: Jets vs Oilers pre-game report. The Jets held a morning skate followed by a media availability before they take on Edmonton in game 1 of their playoff series. Check out the projected lines and D pairs and hear from Blake Wheeler, Logan Stanley, Mason Appleton as well as head coach Paul Maurice.

TSN: Jets expect special teams to be key in series with Oilers. The Oilers finished the regular season with the NHL’s top power play, with the Jets not too far behind with the seventh ranked PP. Getting set for their series against Edmonton, Winnipeg knows that they will have to limit the Oilers’ chances with the extra man, while taking advantage of their opportunities.

TSN: Oilers confident in complete game as playoffs arrive. Happy with the way they finished the regular season, the Oilers admit that they have grown as a team in all aspects of the game, including not straying away from their game plan.

TSN 1260 Edmonton: You might see some old school Tikkanen shadowing. TSN’s Jamie McLennan on Game 1 between the Oilers & Jets and a look ahead to the Leafs/Habs series.

TSN 1260 Edmonton: Expect high skill and lots of physicality. TSN’s Craig Button joined Dustin Nielson to discuss the Stanley Cup Playoffs and shares his thoughts on fans in the stands and glance towards game 1 between the Oilers and Jets.

Connor Hellebuyck vs Mike Smith: Who has the edge in net for Jets and Oilers series?
2021 Stanley Cup Playoffs: Jets 4 Oilers 1 post-game 1 recap