Winnipeg Free Press:  Defence key to dousing red-hot Flames, says Laine.  (Paywall).  Even with some of the limitation up front due to illness this Calgary team can still get it done so a better commitment to team D will be a must tonight.  Mike previews tonight’s contest.

Winnipeg Sun: Jets look to avoid sweep, Flames have already won first two meetings.  Tonight should prove to be a good opportunity considering Calgary played last night and they have some illness running through the team.  Ken gets you ready for the action.

Calgary Sun:  5 Storylines.  His big matchup is the Flames Top line vs. the Jets top line.  His five storylines include: 1) Division Dreams. 2) Bring the brooms? 3) Sniper to setup man. 4) Starting Smith? 5) This N That.

The Athletic Winnipeg: Connolly Gamble’s bond with his brothers saved his life; his bond with Adam Lowry changed the way he lives it. (Paywall).  He’s a great kid and Murat looks at his connections to this team. 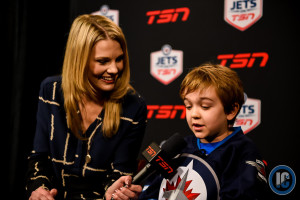 Illegal Curve: Jets vs. Flames pre-game report. The Jets were on the ice today in Winnipeg as they prepared to face Calgary at 6 pm CT. Includes projected lines, D pairs as well as audio from Adam Lowry, Patrik Laine and Mark Scheifele.

Illegal Curve: Coach Maurice pre-game. Topics included – On how the Jets match up against the Flames.  Are any of the absent players unavailable tonight?  Catching up with Dallas Eakins (who coaches the Gulls who play Moose this weekend).  On Kristian Vesalainen’s return.  On the play of Tucker Poolman.  Thoughts on the Lowry line with Little on it.

Topics: Jets/Bruins Recap, The state of Connor Hellebuyck’s game, Kristian Vesalainen is reassigned to the Manitoba Moose and may play Sunday versus the San Diego Gulls, The deep Jack Adams Award field