Winnipeg Sun:  Lindholm set for Jets debut, Filling in at centre for suspended Lowry.  Ken gets you set up with his preview of the upcoming action.

Winnipeg Free Press:  Par Lindholm to make debut with Jets in Columbus.  (Paywall).  Certainly sounds like a player with a hard work ethic.  Mike with his pre-game article. 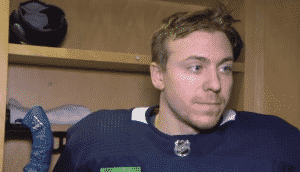 Illegal Curve: Jets vs. Blue Jackets pre-game report. The Jets were on the ice today in Columbus as they prepared to face the Blue Jackets at 6:00 pm CT. Includes projected lines, D pairs as well as video from Par Lindholm, Kevin Hayes, Ben Chiarot and Jack Roslovic.

Illegal Curve: Coach Maurice pre-game. Topics included – Status of Connor Hellebuyck? Where does Par Lindholm fit in? 3rd or 4th line for Lindholm? Could he fit in Lowry’s spot? What would he like to talk about? What is he expecting from Lindholm’s game?  Will he slide into a penalty kill role?  Thoughts on the two-game suspension to Lowry?  How different does Columbus look since Trade Deadline?  Status of Byfuglien?  Update on Morrow?