Note II:  The Jets have recalled 13 members of the Manitoba Moose.

Note II:  Reminder that the Winnipeg Whiteout Street Party for game 2 at Bell MTS Place gets underway at 5 pm.

Sportsnet:  Jets’ patience could have them contending for a generation. 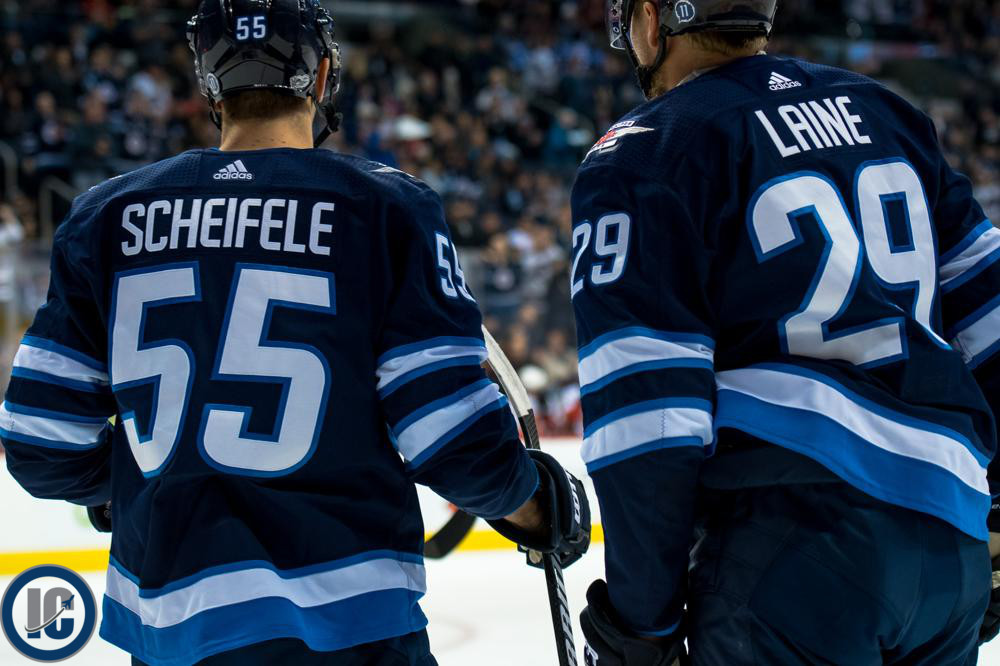 The Athletic:  Is Nik Ehlers really slumping? Does it matter?  (Paywall).

NBC Sports: Will Golden Knights bounce back against Jets in Game 2?

Illegal Curve:  Jets vs. Golden Knights Game 2 Round 3 pre-game report. The Jets skated today as they got ready to face Vegas at Bell MTS Place tonight ahead of game 2.  Includes scrums from Blake Wheeler, Patrik Laine and Tyler Myers.

Sportsnet:  Bad blood brewing already between Knights and Jets. Sean Reynolds and Chris Johnston get us set for Game 2, Golden Knights vs. Jets, a little surprised how fast some bad blood has already brewed, an indication of what’s at stake here.

TSN: Jets’ defence ‘having its moment’ right now.  All of Winnipeg’s big stars got the plaudits they deserved in the Jets’ Game 1 victory over the Golden Knights but the TSN Hockey panel sheds some praise on the shut down defensive pairing of Jacob Trouba and Josh Morrissey for the job they did.

TSN: How did the Jets limit the Golden Knights’ shot attempts in Game 1? In Game 1 of the Western Conference FInals, the Jets held the Golden Knights to 21 shots on goal, the fewest they have had all season and Craig Button explains what Winnipeg was able to do so well defensively against Vegas.

TSN:  Jets focused on team goals, not personal accolades.  When asked about the playoff scoring race, or point production, the Jets maintain that they are focused solely on winning, not any personal accomplishments.

ESPN: WSH & WPG taking charge. Don La Greca is joined by E.J. Hradek of the NHL Network to discuss Alexander Ovechkin’s first go-around in the conference final as well as tonight’s Game 2 in the West.

Illegal Curve:  Coach Maurice pre-game scrum.  Topics included –  Does Patrik Laine need to score to feel good about his game? On how the youth have handled playing this many games in a season? What has he seen from Joel Armia’s game? When did he start to believe that this team could go on this type of a run? On picking up Laine if he makes a mistake along the wall. Has Mark Scheifele elevated his game and how has he done it? Any surprise in the style of game from game 1 and does he expect anything different tonight? What was his view of the James Neal hit on Tobias Enstrom?