Pair of transactions ahead of puck drop

Winnipeg head coach Rick Bowness was asked by Jeff Hamilton of the Winnipeg Free press today after morning skate in Nashville for a status update on Logan Stanley. 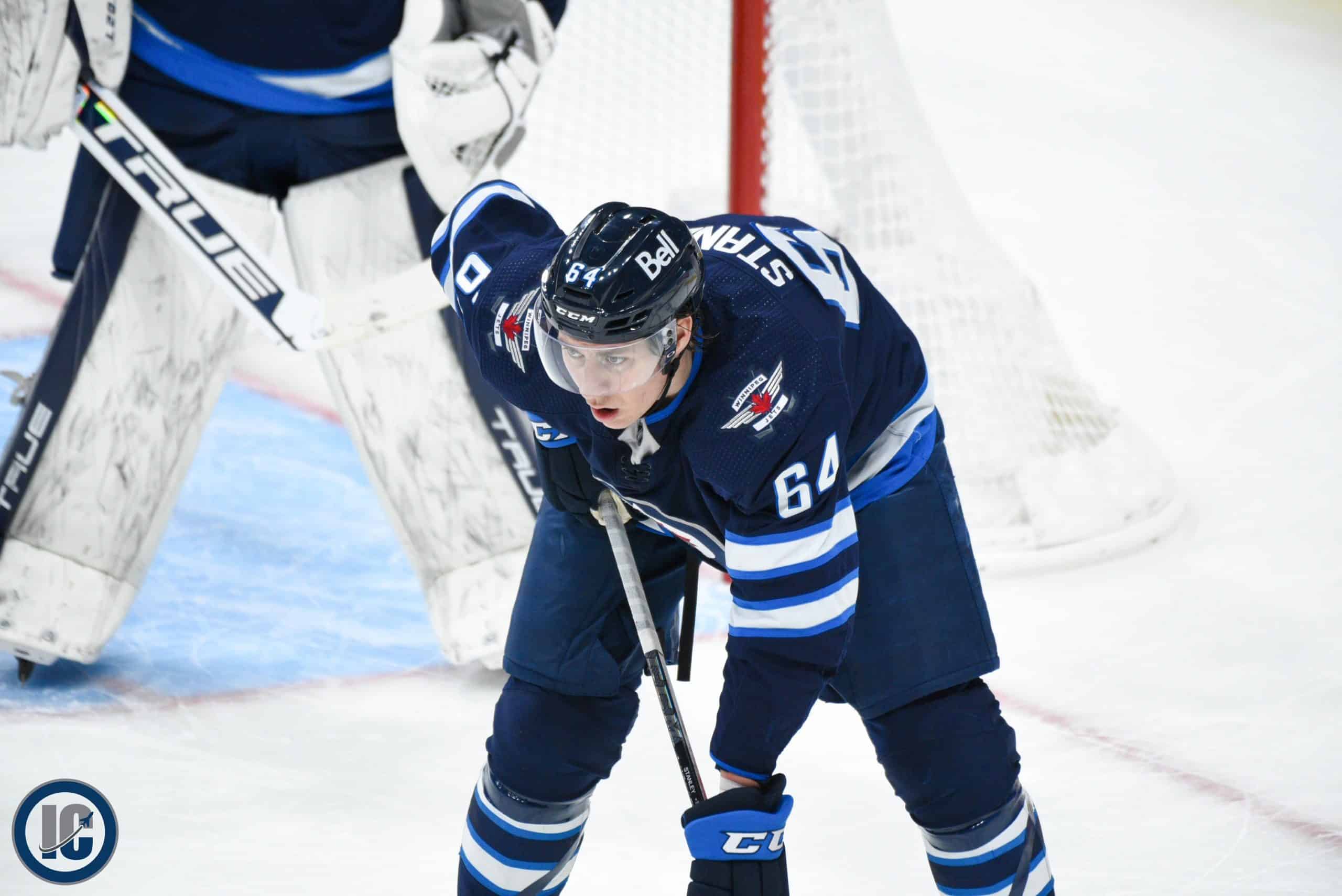 The Jets bench boss indicated that the big defenceman is “getting closer”. While the team hasn’t seen him play a lot this year Bowness added “…in camp and the games he did play we liked his physicality, we liked his size back there. So he’s getting closer to playing.”.

Bowness also indicated in his media availability that “we’ve got a couple of game-time decisions”.

Stanley has suffered two separate lower-body injuries which has limited him to just seven games this season. His last game was back on December 9th.

Given the team was at the 23-man roster limit they have reassigned Ville Heinola to the Moose.

Puck drop in Nashville is at 7 PM. You can join us afterwards for the Illegal Curve Post-Game Show.