Meet the Jets 4th round pick. 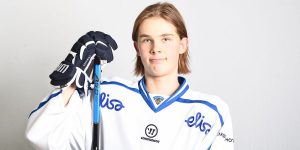 Has strong vision and playmaking skills that he can build upon , Future Considerations 2019

He’s able to take advantage of his size when battling for pucks along the boards or trying to gain position in the slot, Hockeyprospect.com 2019

Nikkanen was not at the draft in Vancouver. According to The Athletic’s Corey Pronman, Nikkanen was a projected top pick coming into the season who had a tough year including injuries.