Jets 2nd round prospect gets signed. 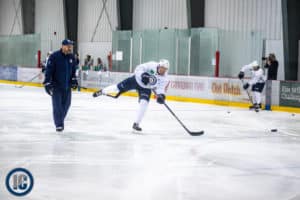 Gustafsson played this past season in his native Sweden with HV71.

This is what Elite Prospect said about him prior to his being drafted by Winnipeg:

Hardworking two-way player with good size. Strong with good reach and hockey sense. Not the fastest of skaters, Gustafsson is still a great team player who can be used in most situations. Somewhat limited scoring ability, but has shown great role player qualities

You can read more about him and hear from him after he was selected at the NHL Entry Draft in Dallas.