The Jets announced the times, dates and participants in their 2014 Development camp. 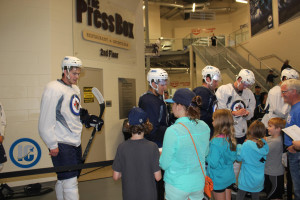 The Winnipeg Jets are pleased to announce the club will hold their 2014 Development Camp from Monday, July 7 to Friday, July 11, 2014 at MTS Iceplex. The camp will bring together several of the team’s top prospects including 2014 first round draft pick Nikolaj Ehlers, 2013 draft picks Nic Petan and Eric Comrie, IceCaps rookies Adam Lowry and J.C. Lipon, and many others. Six players selected at the 2014 NHL Entry Draft on June 27 & 28 in Philadelphia will participate in the camp.