How can the fans of Winnipeg push the atmosphere to the breaking point for the October 9th home opener? Easy answer; bring back the whiteout!!

We are less than 1 week away from the biggest home opener, and dare I say, biggest regular season game in the history of NHL hockey in this city.  I’ve attended 2 of the 3 exhibition games and the crowd wasn’t simply loud, they were THUNDEROUS.

However despite the fervor from the crowd and the energy the team seemed to get from them, there still seemed to be something lacking.  When I looked around at the crowd during the game from the Press Box, something seemed off. 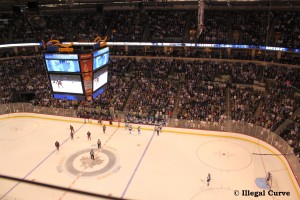 As you can see in the above picture there is a lack of uniformity in our crowd.  Some people are wearing old Jets 1.0 jerseys, others are wearing the new Jets 2.0 shirts and the colours in the bowl ran the full spectrum.

If you look around the league, there are a number of places that have a tradition of wearing a certain colour.  Check out these photos: 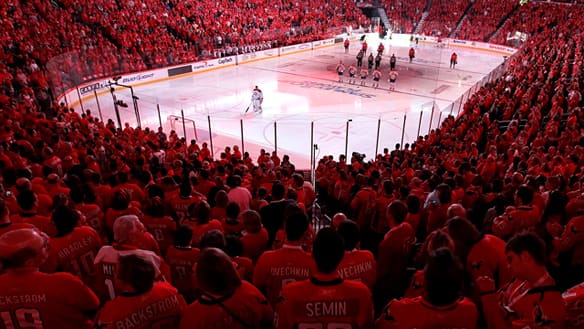 So what can we in Winnipeg do to create our own tradition?  Something that will give our crowd a uniform appearance and will be the icing on the cake to making the atmosphere in the MTS Centre the most electric and hopefully intimidating in all of the NHL?

There is but one tradition that we in Winnipeg can carry forward from our days of the Jets 1.0 and that, of course would be the return of the Whiteout.

In case you’ve forgotten what a TRUE Whiteout looks like, let’s go back to the 1992 playoffs against the Canucks.  Watch the crowd and listen to that crowd noise.


The old barn used to be boisterous and this tradition should continue to make the Jets home arena an intimidating place for teams to play.  While I understand that the Whiteout was a playoff tradition, I think the home opener should be an exception to that old rule.

As to the first question I posed (will the polar night blue clash with the whiteout) I think that the uniformity of the crowd will more than compensate for this possibility.  As to the second question, the whiteout might actually frustrate the plans of Habs fans in Winnipeg who might think of wearing a white Habs jersey.

As an alternative fans could go with a polar-night-blue-out™ to keep in synch with the team’s home colours, but I’m not sure there are yet 15,004 people in Winnipeg who own that colour (although based on the sales of Jets 2.0 merchandise, they might be close) and it may be a bit difficult to say out loud for television broadcasters.

Ultimately the city is going to be exploding all weekend long.  From the start of festivities on Friday, October 7th until the 4pm start time on Sunday, October 9th when the Jets begin the 2011/12 NHL regular season.  We at Illegal Curve think that the fans can put their own mark on the game by making it a playoff like atmosphere, wearing the white and re-creating the Whiteout!!!

As always, we want to hear what you have to say.  Do you want to see the Whiteout return for the home opener or do you think it’s something best left in the past?  Sound off in the comments.